How Gay Bob Came Out Of The Toy Chest Comments (0) 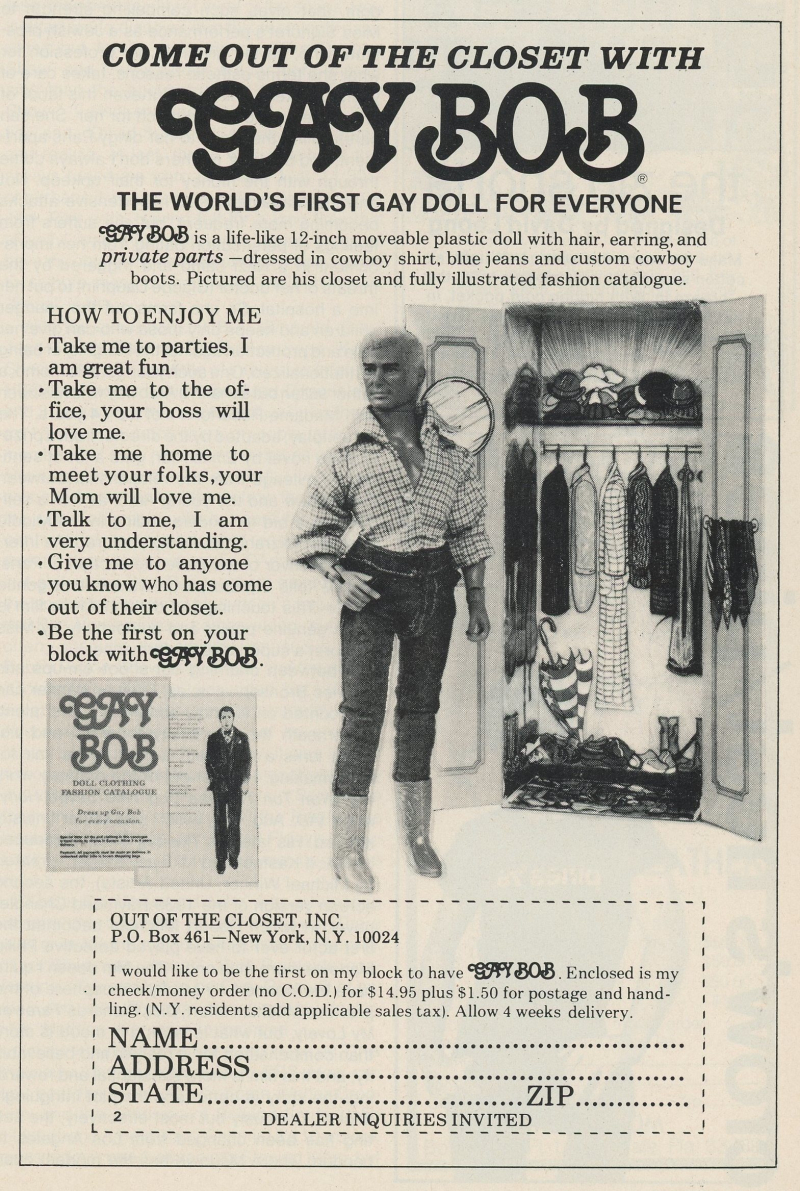 I love this long, detailed post about the history of Gay Bob, the world's first queer doll. I owned one (as an adult, when it was already a collector's item) and wish I'd held onto it.

Designed by entrepreneur and former ad executive Harvey Rosenberg, the 13-inch plastic doll was cheekily designed to look like a combination of Robert Redford and Paul Newman. He wore a plaid shirt and jeans and had feathered blonde hair. He spouted such catch phrases as “Gay people are no different than straight people.” He was packaged in a box that resembled a closet. And he was anatomically correct.

I never knew about the Redford/Newman twist, and I thought only Billy, released decades later, was truly anatomically correct.

Learn something new every ... gay.