BELOW: Keep reading for the JoBros' booties, Britney's leave-me-alone plea and more ... 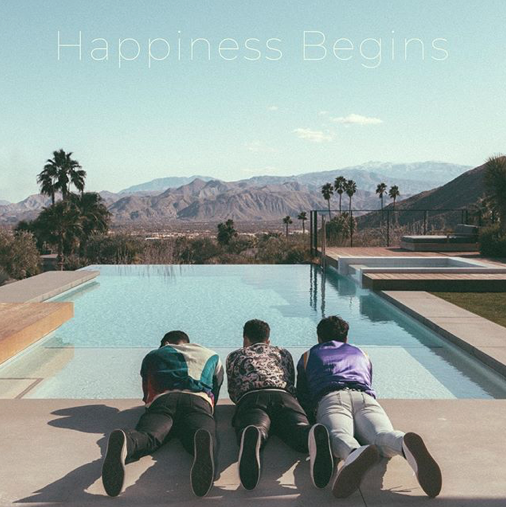 I'm a sucker for the pose. (Image via Republic)

OMG BLOG (WORK UNFRIENDLY): The JoBros have some of the best butts in the biz — not sure this cover does them justice.

BUZZFEED NEWS: A sheriff's deputy is on leave after leaving horrendous anti-LGBTQ comments on a Facebook post advocating for bullying awareness in light of a 15-year-old's suicide.

GR8ERDAYS: All in the Family and The Jeffersons will be rebooted in a one-night-only special event, with some pretty tricky casting.

KENNETH IN THE (212): Steve Lund, shirtless and furry.

EXTRATV: Britney Spears claims she is totally fine and asks for privacy.

DAILY BEAST: How Dems can end Trump — but will they?

SALON: Mitch McConnell promises to block all Democratic proposals in the Senate if Trump loses, but he wins. So let's make sure both lose.

THE GUARDIAN: Brunei is defending its decision to stone gay people to death, saying it's about moral piety.

GR8ERDAYS: Saying goodbye to an actress who had a legit 100-year film-acting career.

YOUTUBE: The cast of Pose has released a video in honor of #TrueColorsDay: