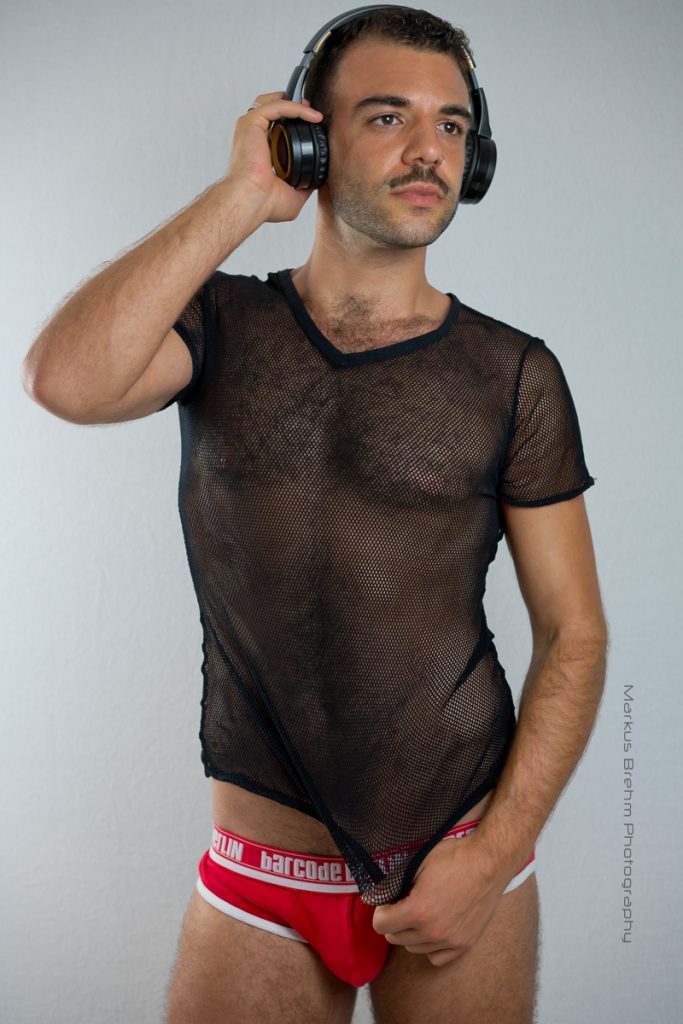 HUFF POST: Pelosi promises Congress will not be silent on the Mueller Report, which shows 10 instances of potential obstruction of justice by Trump and many other illegalities, including a dozen previously unknown referrals for prosecutions. Herewith, a blow-by-blow account of the myriad ways in which Trump tried to stop Mueller. 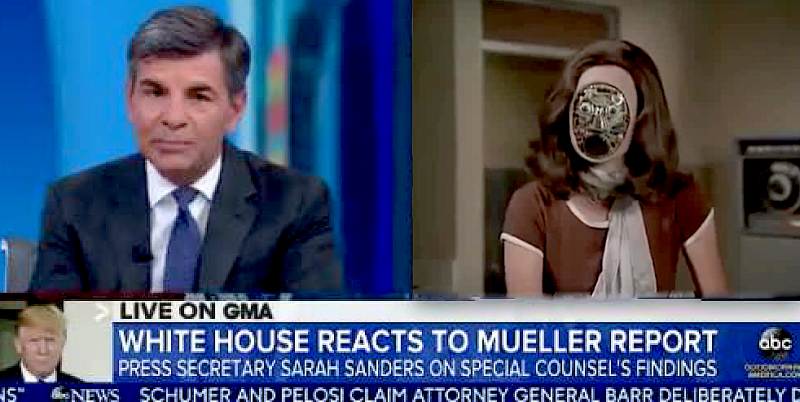 Sarah Huckabee Sanders: “I'm sorry that I wasn't a robot like the Democrat Party.” (Image via ABC News, sorta)

MSNBC: Sarah Huckabee Sanders lied through her chompers when she told the press that she had heard from a large number of people in the FBI that they'd lost confidence in James Comey at the time he was fired. She repeated the lie. Now, she's deflecting by saying hey, at least she's not a robot like the Democrats (???).

GR8ERDAYS: Hugh O'Brian shows about as much as 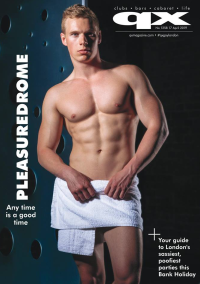 QUEERTY: My post about James Duke Mason's upbraiding of anti-gay gay Aaron Schock went viral and inspired other gay blogs to write about Schock's public indiscretions. Now, there's Coachella video of the man who voted against gay rights 100% of the time when he was in office, and it shows him making out with a guy while pumping the guy's tool in his pants. The disgraced congressman voted to keep Don't Ask, Don't Tell, and seems to be a fan of Don't Ask, but Show and Tell.

NYT: Kamala Harris and Bernie Sanders lead the Dems in terms of the money they've hauled in.

TRUE CRIME DAILY: A St. Louis teacher's aide stands accused of molesting a 10-year-old boy he met at an elementary school at which he worked — and now, he and his partner have been arrested on suspicion of taking out a hit on the child and the child's family.

BOSTON REVIEW: A look at the surprising pro-gay reforms that were undertaken behind the Iron Curtain from 1985-1989.

TWITTER: Madonna (who is set to release up to four more songs before her album drops) and Maluma will give their first live performance of “Medellín” (#2 on Worldwide iTunes) at the Billboard Music Awards May 1.

.@Madonna and @maluma are performing their worldwide TV premiere performance of "Medellín" at the #BBMAs. 🔥 Watch May 1 at 8/7c on NBC... trust me. pic.twitter.com/ASnltaC5fY