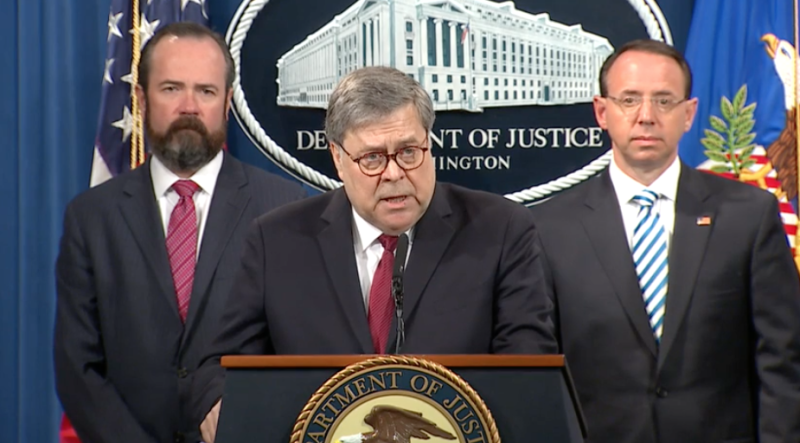 A.G. William Barr, a longtime defender of Trump and of the powers of the presidency, today gave a press conference ahead of the morning release of the long-awaited, if redacted, Mueller Report.

In the report, Mueller did, in fact, find numerous ties between members of the Trump campaign and Russian officials, but he did not ultimately find illegal collusion. Still, the report states:

The evidence we obtained about the President’s actions and intent presents difficult issues that would need to be resolved if we were making a traditional prosecutorial judgement.

The report also highlighted 10 instances of possible obstruction of justice by Trump, and all 10 instances were ignored by Barr, who decided unilaterally that none rose to the level of prosecutable offenses.

Given the fact that Trump has gone from feeling comfy about the report to railing against it in recent days, it would seem obvious that among the 400 pages, there will likely be a lot of damaging information.