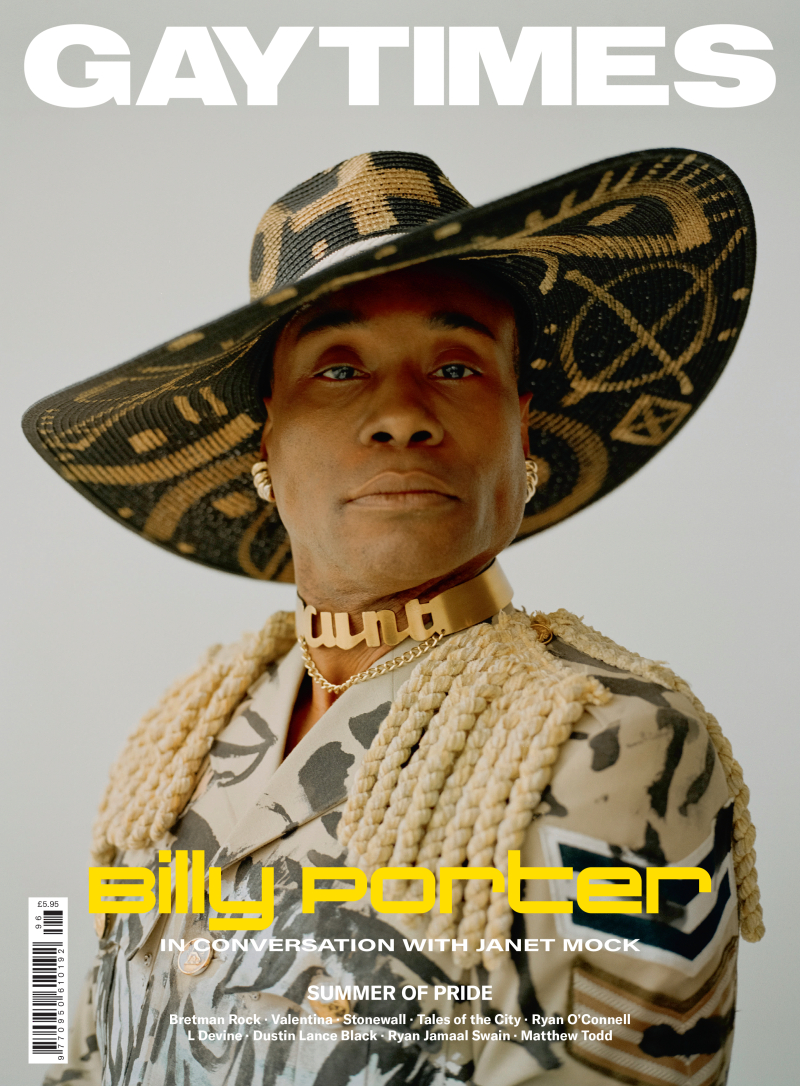 Pose star Billy Porter is having a moment, and Gay Times is covering it ... 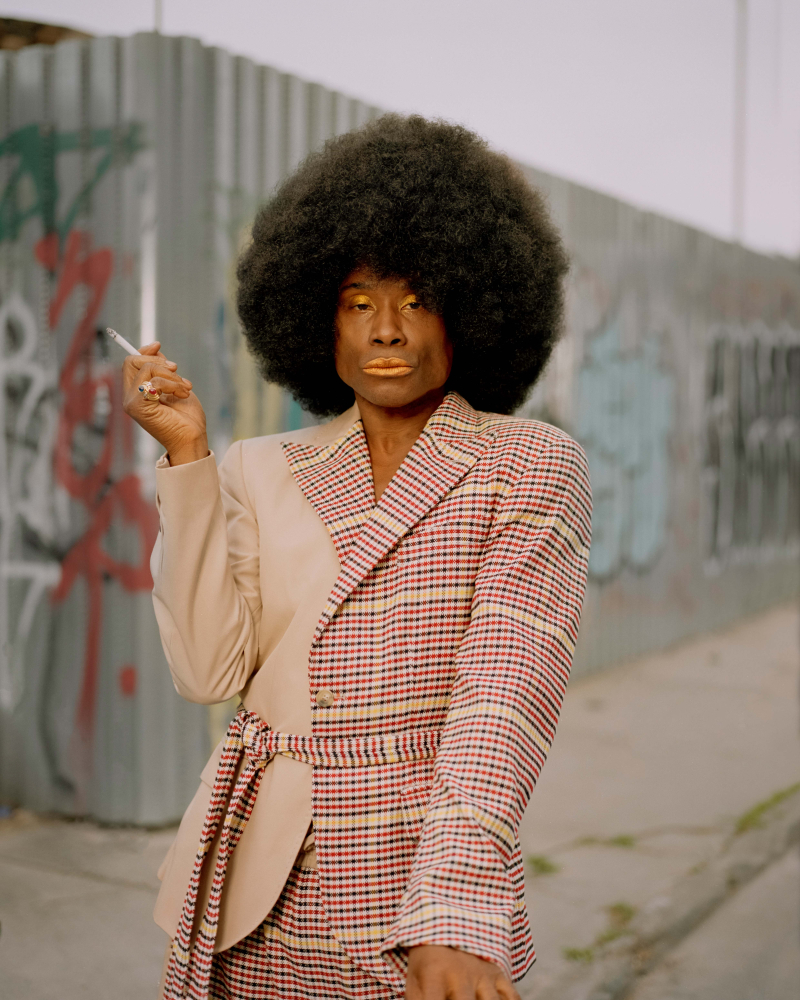 I was trying to get out of my circumstances 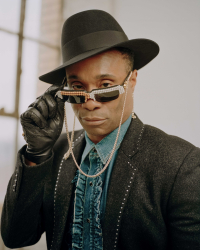 and remove myself from the trauma and the toxic energy that was my childhood and my early teenage development. It was very traumatic and it was homophobic – it was violently homophobic and I knew then that if I was going to survive, I was going to have to extract myself from that. I found the arts and I found the theatre, a community that embraced me for who I am, and as I went deeper and deeper into that community, I discovered we were in the middle of a plague and had to fight.

He also talks about being queer in an industry that is anything but:

I’ve spent 25 or 30 years in this business trying to fit in because that’s what I was told. I was told in every community – even in my tribe – I was informed early that if I didn’t “fix” myself and put on the extra layer of performed masculinity through the lens of the heterosexual normative construct, I would not be successful and not be able to work in the way I wanted to work. That I wouldn’t be taken seriously and a lot of those things were true for a very, very long time. Something inside of me understood that my authenticity was the only thing that made sense. I chose early on in my career that if I couldn’t be authentic in this show business world in the traditional sense of being a television actor, crossover artist, being a celebrity – whatever comes with that – if I couldn’t do it authentically then I didn’t want to do it because it would be a lie! I didn’t want to lie for the rest of my life. I got very used to being marginalised and being put in a corner; my talent, my gift, my passion – all of what I brought to the table being put in a box in a corner. When Pose came around, it was literally like, “Wait, we’re going to actually tell the real story?” I’ve always had big dreams, but I didn’t even realise that I was not dreaming big enough. I didn’t realise that the information I had received had put a cap on my dreams – a ceiling – until I walked through that door and met Ryan Murphy. I met Steven Canals and I met you, and this project came to be. This experience has taught me to dream the impossible and that’s an energy and focus that we all need to take into whatever this next phase of what we’re doing right. Whatever is going on, we had to remember that anything is possible and dream the impossible. I am very much a person who believes in the law of attraction. You are what you say and you are what you say you are. Pose has really helped me change my language and dream the impossible and believe that we can change the world. 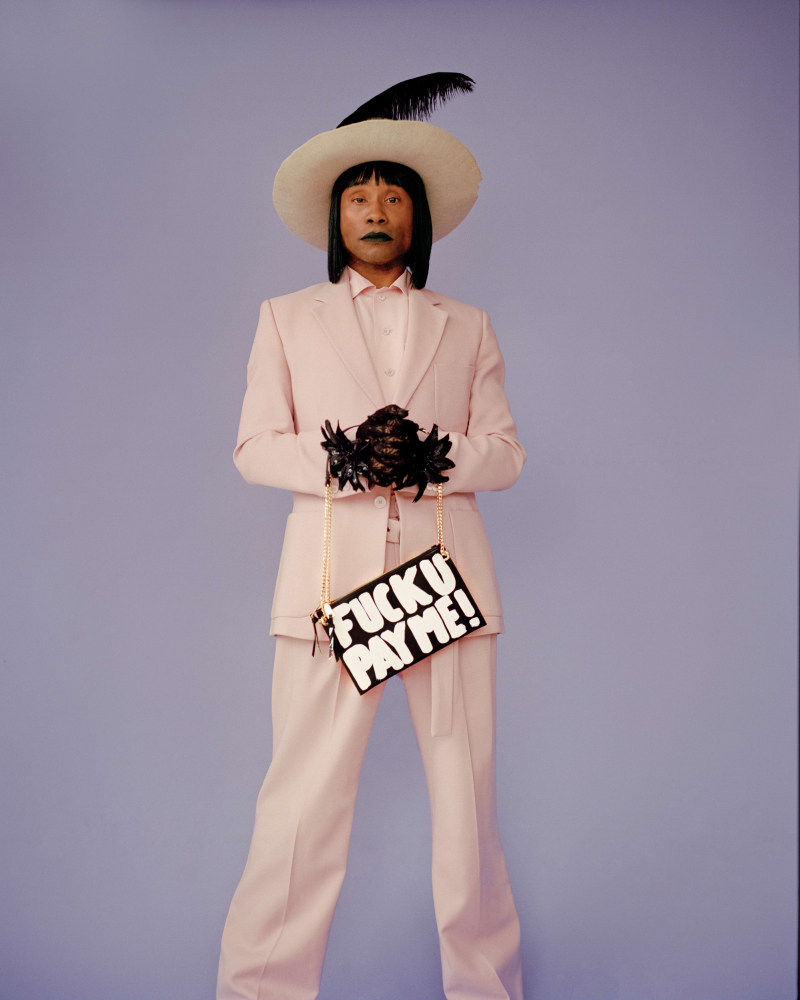