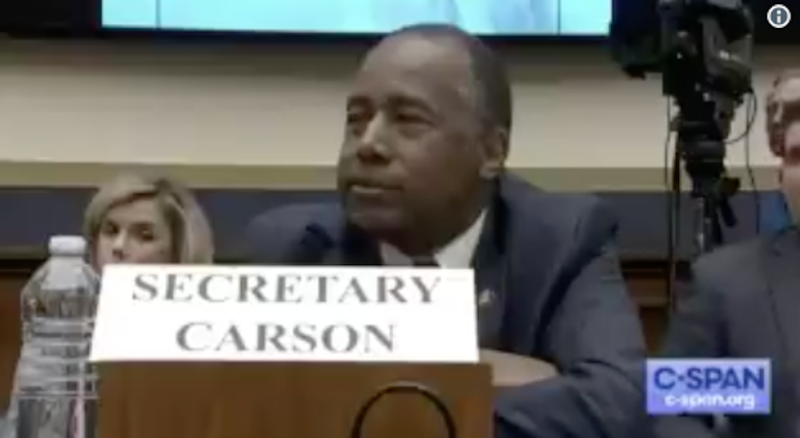 He is truly vile. (Image via C-SPAN)

Ben Carson's smug, contemptuous ignorance in this exchange is shocking, even against a backdrop of shock after shock.

He and his cronies are satisfied that Trump will always protect them, and that Trump is about to wage war with Iran to maintain power ...

Ben Carson: "Reclaiming my time."@AyannaPressley: "You don't get to do that."

Ben Carson, lauded by Fox News as a "wonderful choice," shows that even after two years on the job he doesn't know basic terminology about housing pic.twitter.com/wJSz9u9UGw