GLAAD's Annual Report On The Big 7 Studios: Movies Got A Little Gayer Comments (0) 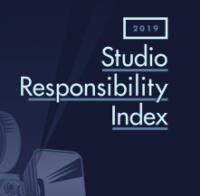 GLAAD's 2019 Studio Responsibility Index is an informative read, pointing out that 18.2% of movies from the seven major studios had LGBTQ characters, which was up from 2017's abysmal all-time low.