WONKETTE: Kamala Harris has an actual plan for ending the disparity in pay for men vs. women.

GR8ERDAYS: Ooh, she sends me — happy b'day to Jane Wiedlin!

WATCH: "...Every kid in this city should grow up knowing they can pursue anything. They can love anyone. That's my Chicago dream," Chicago Mayor Lori Lightfoot says after being sworn as the city's first black female mayor and first openly gay mayor https://t.co/RGNhWqRSnS pic.twitter.com/lMxI720e73

CHICAGO TRIBUNE: Lori Lightfoot sworn in as Mayor of Chicago — the city's first black woman and its first out LGBTQ mayor.

SHAREBLUE: Mitch McConnell self-IDs as the Grim Reaper, swears NOTHING will pass the Senate if a Dem wins the White House in 2020 but the Senate remains red. 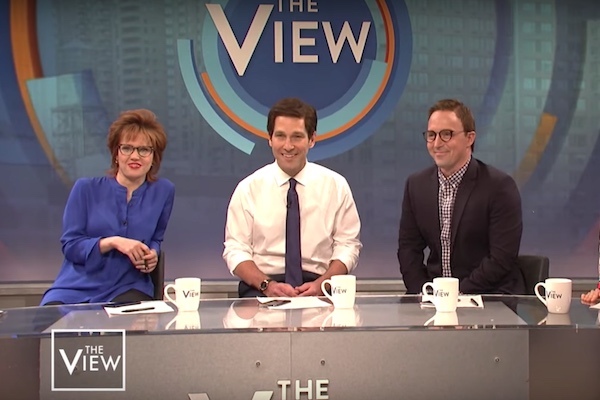 “I hear when you grow up you wanna be president?” (Image via video still)

POPULAR: Disappointing to see which six mega-corps send the most campaign cash to the guys leading the anti-abortion fight in states that are making the life-saving procedure illegal: Coke, Aetna, AT&T among them.

ONE MILE AT A TIME: Cathay Pacific's new ad campaign is LGBTQ-inclusive.

EXTRATV: Taron Egerton, who looks Oscar-bound for playing Elton John in Rocketman, talks about the are-they-in-or-out sex scenes from the film, which received an ovation at Cannes this week:

It's a very artificial and frankly quite uncomfortable thing. To navigate it with someone that you have a real understanding of and can talk to and be very open about it was helpful. It’s not in there because of scandal or sensation. It's there because it's an important storytelling moment, and we're very proud of it ... I’d go as far as to say, for me, as a heterosexual actor, it's easier to do with a man I get along with than a woman I don't.

He went on to defend taking a role as a gay man, addressing the minor controversy over 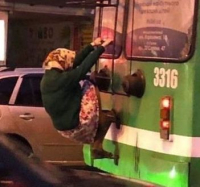 whether gay actors should get first dibs on gay roles.