ABOVE: Bulging with appeal.

BELOW: Nude cruise, Trump tweets fake news, Mormon thinks you can be a gay Republican, May quits, Weinstein settles ...

DNA: An all-gay, all-nude cruise. I guess the buffet would be air and water?

POLITICO: Negative shocker — the U.S. government, at Trump direction, has rolled back protections for transgender people in health care. They literally want trans people to die:

The health department is rewriting an Obamacare regulation that barred health care discrimination based on sex. The Obama administration had issued a rule asserting that the provisions covered gender identity, but a federal judge blocked those protections in 2016 following a lawsuit from religious groups.

THE GUARDIAN: Sultan of Brunei returns honorary degree from Oxford over his despicable views on homosexuality. A same-sex marriage helped him out of the closet. (Image via YouTube)

Ivie, a Republican and a member of the Church of Jesus Christ of Latter-day Saints, says he had been attracted to men since he was 9 years old, but had always felt it was wrong. But these two experiences helped him make the decision to accept his sexuality, and begin the process of telling his family, friends and community.

That process became public this week when Ivie disclosed his sexuality in a five-minute video he posted on YouTube and Facebook. The video, published Wednesday, drew wide attention from local news sites in the conservative state.

“There is no easy way to say this," Ivie says in the video. “I might as well just jump up and say it: I’m gay. That’s my reality, and that’s what I need to talk to you about today.”

He's still a Republican, so no rah-rahs from me. Also, he may run for Congress in an attempt to unseat a rare Utah Democrat.

HUFF POST: Theresa May not after all — she quits.

GAY FLESHBOT (WORK UNFRIENDLY): Those were the days ... when Woody Harrelson was a hot piece! 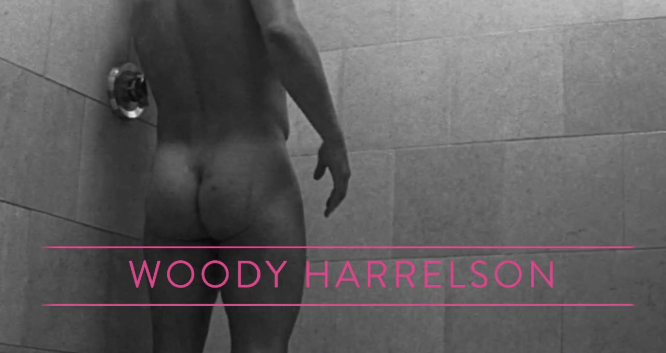 Cheers to that! (Image via MrMan)