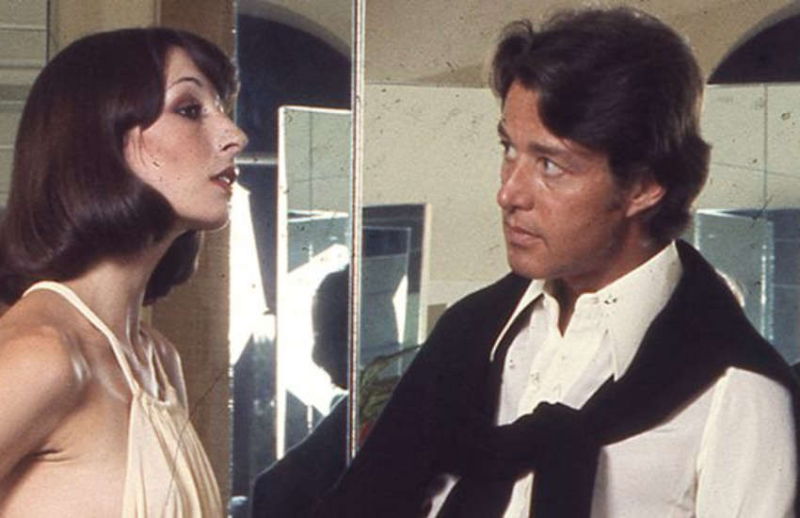 The man himself (Image via Obscured Pictures)

Halston, Frédéric Tcheng's absorbing, exhaustive documentary about the charmed — then ill-fated — life and business of the superstar gay American fashion designer of the same name, should be the final word on what the visionary accomplished.

The sweet smell of success is never forever. (GIF via GIPHY)

Sadly, it is also an ultimately sympathetic portrait of how power and an unlimited bank account can corrupt artistry, and how blinding and fleeting success can be.

Born in Iowa, Roy Halston started as hatmaker in Chicago in the '50s, became a top draw when he worked for Bergdorf Goodman in the '60s, and seized international acclaim by designing the pillbox hat Jackie Kennedy wore to her husband's inauguration. Like many things in his career, that good fortune was rooted in his ingenius talent but taken to the next level by luck — the dent in the hat wasn't supposed to be there, but every woman who bought an example wanted the Jackie dent herself.

By that decade's end, Halston had left Bergdorf Goodman to launch his own business, and would go on to another sensational success with his shirtdress — an innovation undeniable enough that it graced not only countless female forms but also the cover of Newsweek.

The epitome of '70s utilitarian elegance and comfort, Halston's work freed the female body, finding some of its biggest fans in the forms of women like Liza Minnelli (she accepted her Oscar in her friend's design) and Bianca Jagger. As Halston reveals, the man and his business entanglements were the opposite of his work's clean lines and deceptively formless chic. Rather, he was a ball of ambition who owned one decade by seemingly anticipating exactly what the consumer wanted, but would flame out spectacularly in the next decade — ironically, by pushing to make his designs more accessible to the everyday woman.

Designing uniforms for flight attendants and the Girl Scouts and aligning himself with down-market JCPenney, Halston unwittingly devalued his brand's aspirational quality, which at one point was so strong his signature fragrance became an unprecedented seller. More damningly, his entire business — name and all — were owned outright by a third party, and when they were sold to the conglomerate Beatrice, Halston's free-spending ways and his unbridled creativity were harnessed, and he was cruelly forced out.

Halston was as dead as disco.

As the film documents, Halston did not merely lose out in a business sense, he was left a man with no name, and the powers that be at Beatrice cruelly destroyed footage of his legendary runway shows and sold off his samples, the entire record of his career as a designer, as if having a garage sale. An interview with the man who could've instead ensured that such items were given to a museum but couldn't be bothered serves as the film's lowlight highlight.

Halston died of complications of AIDS in 1990 at just 57, having accomplished so much in his field, including heartbreaking failure. Through a particularly sensitive collection of interviews (Marisa Berenson, Joel Schumacher and Pat Cleveland are indispensable, while an archival talk with Elsa Peretti culd be its own film), Tcheng captures who Halston was: a fashion genie, a terrible boss, a generous dreamspinner, an imperious emperor, a tastemaker, Willie Wonka, a self-marketer of the first order, a kid from the Midwest.

A device using an actress playing a researcher does not add to the film's power or cohesion, but it is a minor misstep in the documentary Halston has always deserved.

Halston is in theaters today.