Does the rug match the drapes? (GIF via Alekz)

NYT: The case for gay reparation. 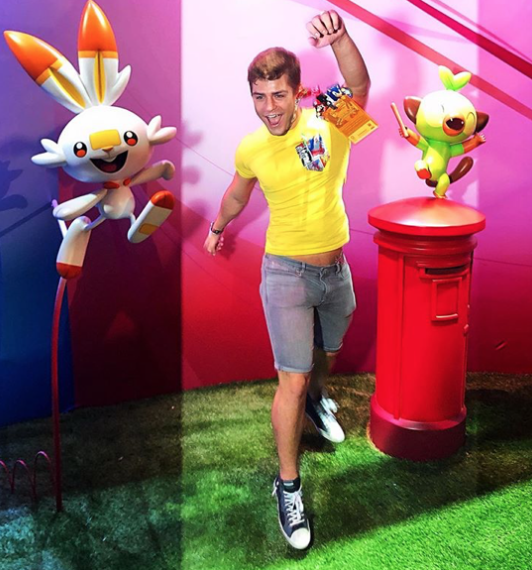 SOCIALITE LIFE: All the best actor eye candy of late!

ESQUIRE: Not everyone is thrilled with Taylor Swift's attempt at a gay anthem.

USA TODAY: Thirteen countries where being gay is legally punishable by death.

NECN: A Massachusetts restaurant says it has received hate mail over its displaying of a rainbow flag.

US WEEKLY: Liza Minnelli says mom Judy Garland would have laughed at the idea of Lady Gaga in A Star Is Born — but then gotten into it. Also, she's leery of that Renée Zellweger biopic.

NBC NEWS: That Tennessee cop who said gay people are “worthy of death” is having all his cases reviewed for possible bias.

JOE.MY.GOD.: There is a so-called Christian conference going on that has called for the murder of gay people — and YouTube hosted videos livestreaming from it for hours Friday.

JOE.MY.GOD.: Aaron Schock says he is not running for office.

GR8ERDAYS: RIP Franco Zeffirelli — the Romeo and Juliet director has died at 96, a year after actor Johnathon Schaech publicly accused him of an early-'90s sexual assault. 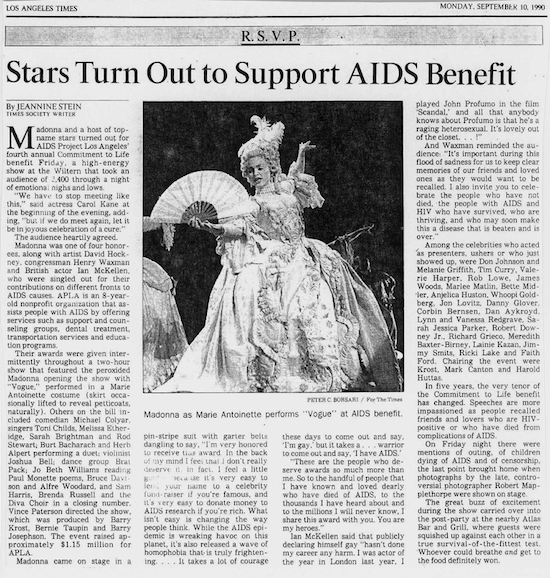 Madonna & McKellen were honored almost 29 years ago. (Image via Today in Madonna History)

YOUTUBE: Watch Madonna, Ian McKellen, Danny Boyle and more on The Graham Norton Show. Tabloids are trying to paint Madonna as being rude for asking McKellen what he does. She's clearly asking what he does in his traveling show, not saying she has no idea who he is. Also, the event they did together was 29 years ago and McKellen and Madonna (and two others) were given awards spaced out across a two-hour evening during which she was performing — she's allowed not to remember. She's toasting him by the end:

Meanwhile, Amanda Lepore showed up to lip-synch Madonna's Oscars performance of “Sooner or Later” at a Madame X release party in NYC — check her out here.