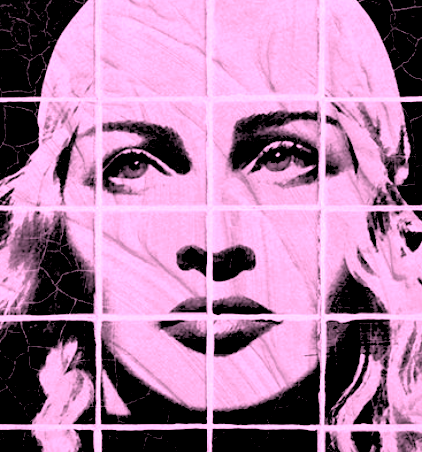 Is she pop's queen, or its empress? Its shaman? (Image via Interscope) 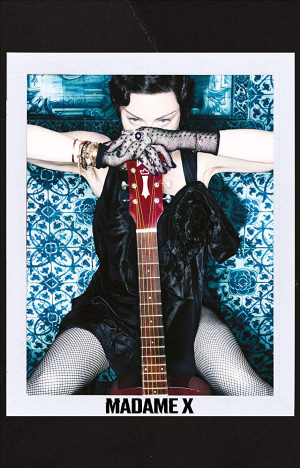 nothing short of an artistic manifesto so bold and all-encompassing it could easily serve as her final musical statement — but let's hope it isn't.

Madonna has never turned in a substandard album, but following an unabashed brand-rebuilding with the relentless — and relentlessly perfect — Confessions on a Dance Floor — she has sounded somewhat removed at times, never more so than on her hard-edged MDNA. With Rebel Heart, her last effort, the Queen of Pop showed real vulnerability, dipping back into the softer side that characterizes so many of her most popular hits, and yet that is rarely associated with so steely and reserved a public figure. Leaks, however, compelled her to fiddle with the tracks, arguably weakening some, and leaving fans with a crush of songs but no throughline. Many of its tunes compared (and compare) favorably to her best work (“Ghosttown” is classic Madonna, full-stop), yet the resulting package felt messy. 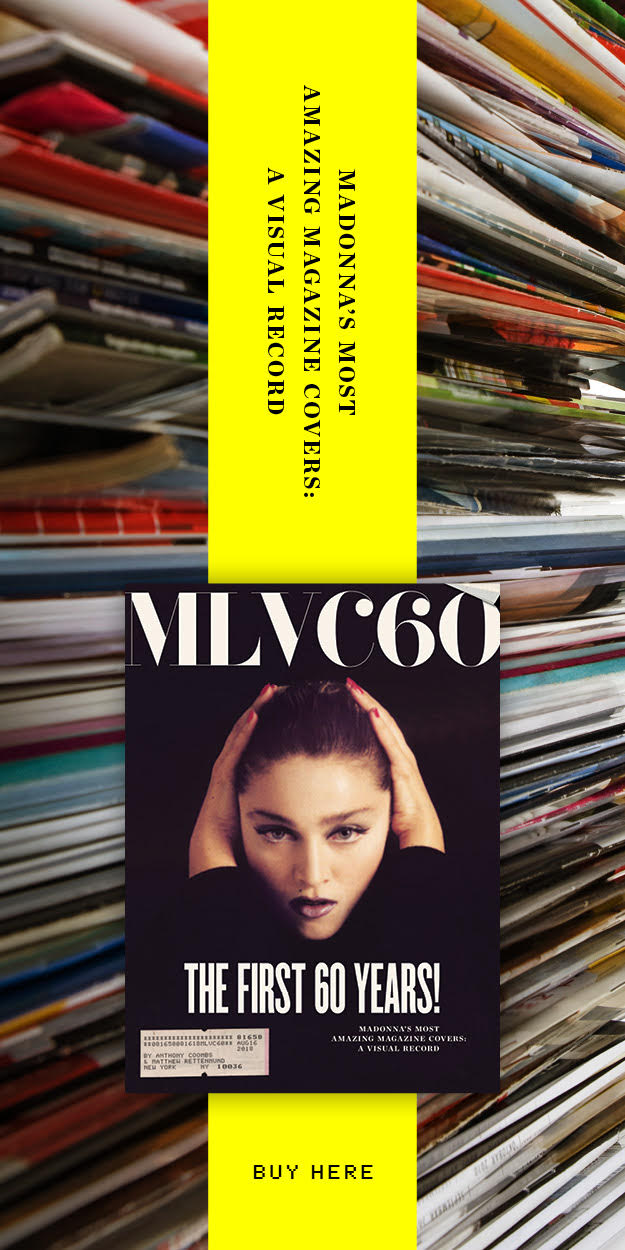 With Madame X, so dubbed in honor of a nickname Madonna says Martha Graham gave her, somewhat derisively, 40 years ago, the pop icon is doing something she hasn't since American Life — exactly what she wants. There is absolutely no trend-chasing here. She has organically embraced Latin sounds forever, and dueting with Maluma and Anitta is a far cry from reaching for the charts with the help of Justin Timberlake or Nicki Minaj. The record is both aggressive and aggressively personal, shaded by her time in Portugal surrounded by fado and other musical styles, and lyrically driven by her position as one of the world's most famous human beings, and by her acceptance of the reality of that perception.

“Medellín” kicks off the album innocuously, innocently even, with a romantic reflection of an encounter that could have taken place on the mythical San Pedro. Here, Madonna makes the best argument for her high-profile collab with Maluma — their voices complement each other perfectly, leaving a Latin-pop song infused with effortless chemistry.

Enter for a Chance to Win the CD HERE!

“Dark Ballet” is a foreboding follow-up. They used to call a mix of every available flavor “suicide” until our tastebuds got woke, but that concept and moniker suits this shotgun blending of a mournful ballad with a synth-pop “Nutcracker Suite” whose lyrics snidely ask the listener if we can hear outside our “Supreme hoodie the wind that's beginning to howl.” Not for nothing, there's a Madonna Supreme hoodie out there, but Madonna's always been far more comfortable questioning the establishment while being a prominent part of it than critics have been with that precarious position. The song is a triumph, the accompanying video starring Mykki Blanco even more so. They are warnings, the first on an album filled with them. 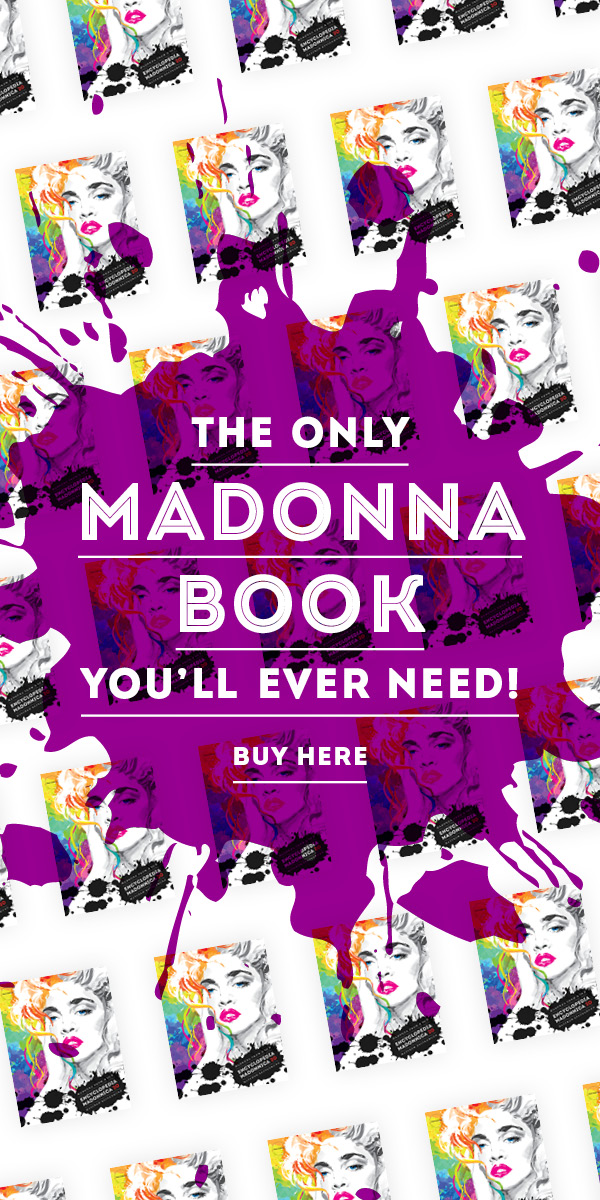 With “God Control,” Madame continues to command our attention, this time sounding the alarm on gun control. In the song's mournful intro, she seethes, “I think I understand why people get a gun/I think I understand why we all give up,” through teeth clenched in exhaustion, not because they're encumbered by grills. Then, it all explodes (literally, after the sound of gunfire) into an old-school disco number punctuated by an early-'80s hip-hop rap. As intellectually impressive as “Dark Ballet” was, this baby is pure and exhilarating in its heady success, a hybrid that works on every level.

“People think that I'm insane/The only gun is in my brain/Each new birth, it gives me hope/That's why I don't smoke that dope,” she raps in a voice that sounds like her pre-fame recordings or American Life's “Mother and Father,” laced with the stubborn morality of Mr. T — before repeating the rap with the words randomly reassembled. It's crazy, yes, but crazy-inspired, and with the Tiffin Children's Choir singing, “We lost God control,” and Madonna whispering, “Wake up!” throughout, the whole thing sounds like E.L.O. with a social conscious.

All that and you can dance to it!

And yet, while it would be tempting to ponder the fate of this song as a proper single — even a kickoff single — I don't think even red-hot talents the likes of Ariana Grande or Lady Gaga could make something this good a hit on the radio.

And for those who roll their eyes at Madonna urging us to wake up, look who is President of the U.S., and look at who is about to become Prime Minister of the U.K. Wake-up calls aren't nuanced, nor are air-raid sirens, but have they ever been more needed?

She follows the album's giddiest success with the song that seems to have most divided her fans, the alien-voice reggae bop “Future,” featuring Quavo. I think the song rocks, quakes and works well as an album track, not to mention hat killer lyrical throw-down: “Not everyone can come into the future.” I almost think it should have been the first song on the album, a primer for Madonna's maturing fans to actually mature and to stop expecting her to chirp new “Holiday”-type songs.

“Batuka,” with its Afro-Brazilian rhythms, promises long roads and days, but it also bubbles with a sense of tribal, familial camaraderie, even when she is issuing a thinly-veiled call to toss Donald Trump into prison.

Reviewers seem to dislike the awkwardly titled — it reads like a poor translation back into English — “Killers Who Are Partying” because it is an example of a “white savior” attitude: “I'll be Africa/If Africa is shut down” delivered in a strange (and distracting) African-inflected accent. But perhaps SJWs should hold their fire on white allies when they have, for 30 years or more, used their platforms not to steal from other cultures and factions, but to share their platforms with them. If the end goal is to achieve sincere empathy and if allies are a plus, Madonna, a self-made woman, is an example of both things. She is also approaching the concept of desiring to understand the position of others as the white mother of four black, African children; a biracial daughter; and a white son. It's not tone-deaf to sing, “I will be gay/If the gay(s) are burned,” not when the person singing is also admitting firmly, “I know what I am/And I know what I'm not.” It's musical empathy, not musical exploitation, her somber version of Machine's “There but for the Grace of God Go I,” and the song is blissfully ready to be sung on her intimate tour.

With “Crave,” she veers back to her singer/songwriter personage, delivering a song that would be a Top 5 smash for a younger artist, but that will probably have to settle for being a minor AC hit considering the unapologetically ageist attitude at radio. It's a stunning and simple song, a sweetly romantic mid-tempo number on par with “Don't Tell Me” that also features her singing in a way I can't relate to anything else in her catalogue — and it's one of the few songs on the album, unfortunately, in which her voice is not vocodered to death, my only major criticism.

“Crazy” continues in this vein, adding a countrified, plucky quality that strangely works with some judiciously applied Portuguese. She slyly works the words “like a prayer” into the proceedings, a winky self-quote in the midst of an album chilly on the idea of nostalgia until its coda.

A melding of world music and a more traditional dance tune, “Come Alive” is an infectious call to the dance floor with all of the sass (and none of the sound) of rap, a song that is also a call to action, though not in so many words. It is jubilant, but not mindless, pop.

“Extreme Occident” is probably where Madonna's political and social musings are least effective, even though the somewhat obtuse, occasionally banal (“life is a circle,” we get it) lyrics make sure we realize it's more a naked diary than a jam. For me, it has the makings of a terrific song in a Broadway musical, but would have packed more of a punch as a shorter interlude and a title that doesn't come off as a mom joke.

The album's friskiest, most ass-shaking entry is “Faz Gostoso,” featuring Anitta. It's a party anthem, and English-only fans shouldn't care too much if they don't know immediately what all the words mean — the context makes the meaning clear; the song is sonically multilingual, ramping up into Portuguese disco as yummy as the lyrics promise.

Perfectly paired with the previous song is “Bitch I'm Loca,” which is not — at all — a continuation o “Bitch I'm Madonna,” but is instead an opportunity to get raunchy with Maluma, who returns in a feature that contains some of the album's only sexually frank bantering. (Gone is the Madonna who wrong whole songs about her pussy.) Jesus, it's fun. None of her party tracks this time around feel ill-considered.

It's a surprise when the Latin parties come to a close and Erotica Madonna hops back into the driver's seat with “I Don't Search I Find.” How did Shep Pettibone not produce this? It's a cool, beautiful blend of “Vogue,” “Words” and “Rescue Me,” and it thrills me. “Finally — enough love,” she sings, her musical Waiting to Exhale.

“Looking for Mercy,” not available on the standard-issue CD (why?) is a gorgeous ballad in which the pilloried, creamy-smooth pop goddess begs for mercy and wards off criticism, but it is easy to understand it is inspired by her daughter, Mercy, making it this album's “Little Star” (a Ray of Light ode to Lourdes).

Released as a teaser, “I Rise” crackles with a sample of modern-day Joan of Arc (with, we hope, a happier ending) Emma González passionately saying young people know how the government works before Madonna jumps in to offer her support as a member of a generation that has gone before, one who has risen. I think this is the song that has grown on me the most — I am hopeful she will perform it at Pride Island at the end of this month. It sounds right after a song that asked for a suspension of criticism, as if it is a response when criticism and struggle are encountered anyway.

The three bonus tracks exclusive to the Deluxe Edition are all worthy — no clunkers. “Back That Up to the Beat” is a leftover (with a Pharrell credit) that has been reimagined as a catchy club number that sets things up nicely for the utterly surprising “Ciao Bella,” a song that has zero to do with Italy and much to do with Africa. With a spoken-word element in an African dialect, it relegates Madonna (again sounding like Erotica-era Dita) to a feature spot, but charmingly so, like a modern “Up Down Suite.” It's a total pleasure, and hypnotic when she asks, “Have you ever been to the land/Where you can find yourself?” — her take on, “I've never been to me.” All the vocal tampering sizzles here. A blast.

Madonna's most adventurous, exciting, ruthlessly forward-looking album ends with the riotous “Funana,” a song that wants us to dance in the face of despair, glancing back affectionately as it name-checks some of the gifted musicians who are no longer with us. It's spine-tingling to hear Madonna sing, “We need Whitney.” It's the same feeling as watching the viral footage of Houston jamming to Madonna's Super Bowl performance days before her death, a marriage of two of music's greatest legacies, which in the deep past had been at odds. While Michael Jackson is to “Funana” as Joan Crawford is to “Vogue,” Madonna does also sing of Freddie Mercury, George Michael, Aretha Franklin, Bob Marley, James Brown, Elvis Presley David Bowie, Mac Miller, Avicii, Tupac Shakur and “Prince Rogers Nelson,” musicians who have influenced her at vastly different levels, some of whom were her direct peers, and two of whom were her lovers.

The album ends as it should — with resolute joy.