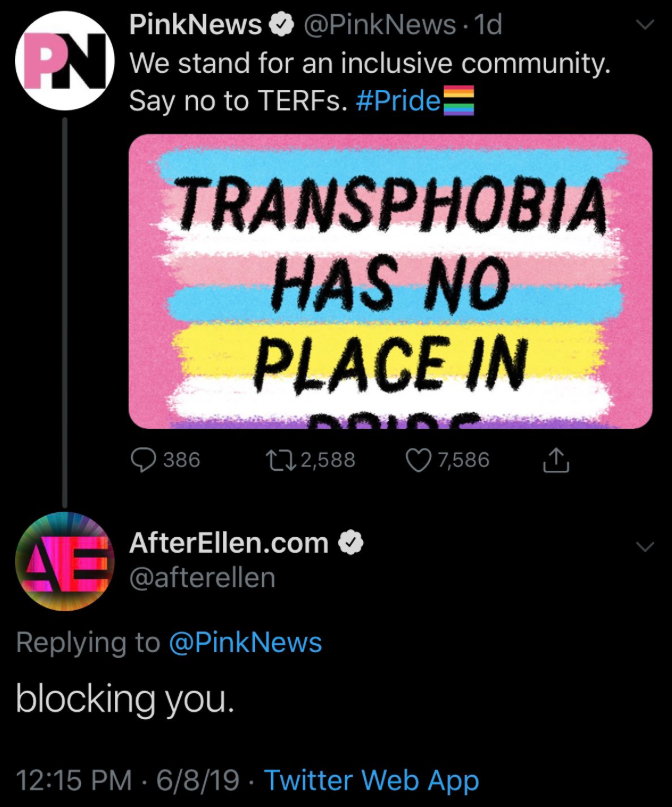 Turns out Memoree Joelle, who co-owns and edits AfterEllen.com, is virulently opposed to any gender identities or sexual orientations other than the good, ol'-fashioned ones. Well, not too old-fashioned, because she overlooks the fact that much of the world thinks being gay or lesbian is a farce, too. She just hates the trans part.

She despises trans people so much she's signed a petition to remove T from LGBTQ, and she also hates Pride parades. Too much debauchery, I guess, and too many happy trans people. Too much acknowledgment of others who are unlike herself.

Meanwhile, she also has railed against the liberal media. 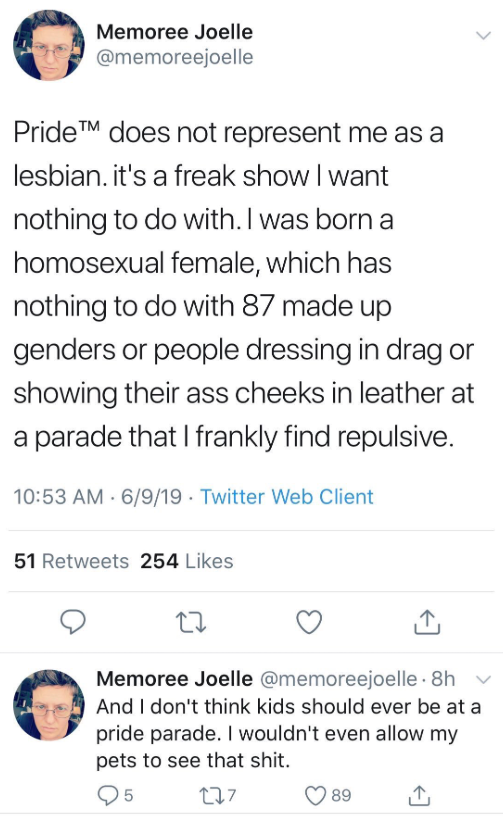 Yes, it's 2019, and one of the Internet's biggest lesbian sites is run by a right-wing nut who is turned off by Pride and wants nothing to do with trans people. Charming. 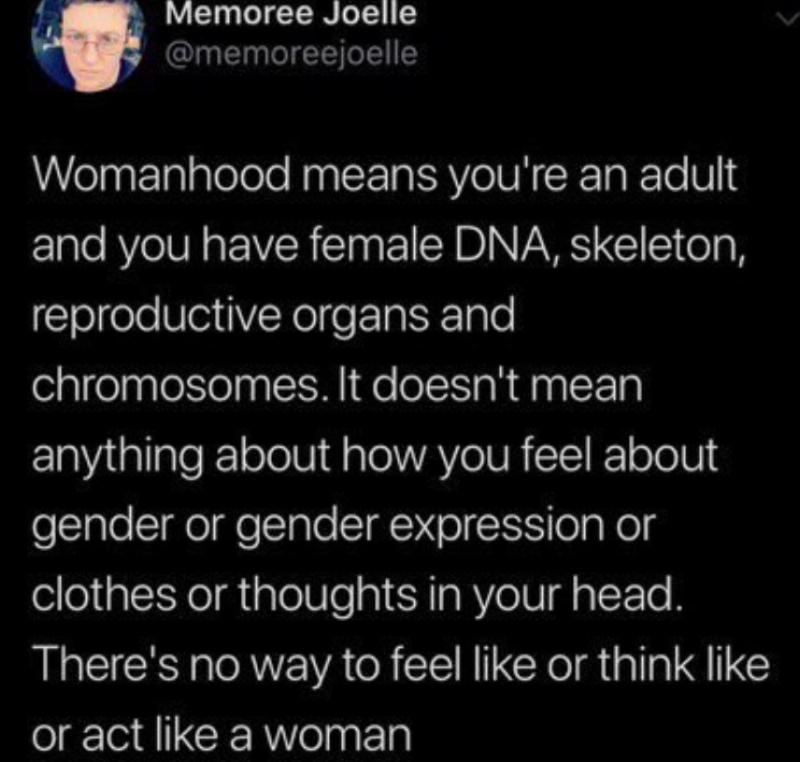 Joelle — whose name sounds as made up as any sexual orientations or genders that disturb her — and Gaye Chapman own Lesbian Nation, which bought AfterEllen.com on March 1 of this year. This is not what I would call an auspicious roll-out of new ownership.

Unfollow and block would be my advice. If she weren't the owner, she'd be fired.