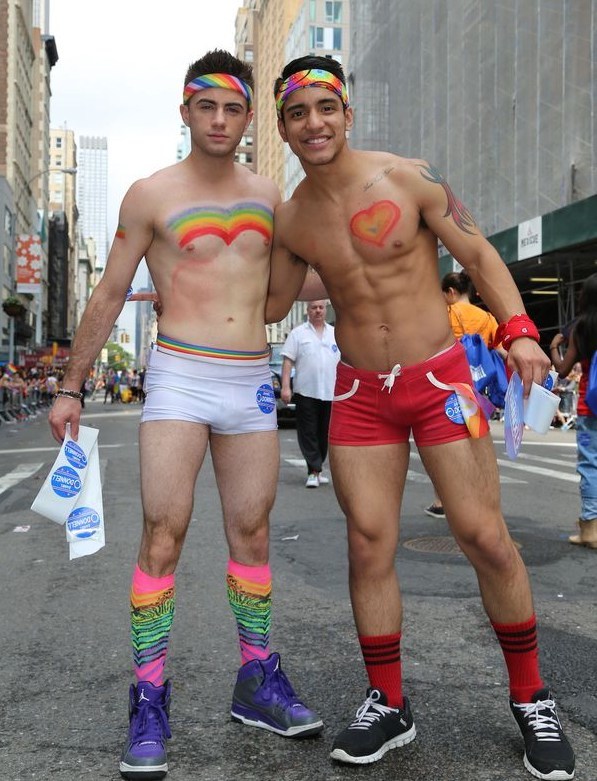 Flashing back a coupla Prides ago (Image by Matthew Rettenmund)

The NYT reports that NYC's Police Commissioner James P. O'Neill has formally apologized to the LGBTQ community for the raid on the Stonewall in 1969, which became a flashpoint in the nascent gay-rights movement ...

At police HQ during a Pride safety briefing, O'Neill said:

I think it would be irresponsible to go through World Pride month and not to speak of the events at the Stonewall Inn in June of 1969. What happened should not have happened. The actions taken by the N.Y.P.D. were wrong, plain and simple. The actions and the laws were discriminatory and oppressive, and for that, I apologize. I vow to the L.G.B.T.Q. community that this would never happen in the N.Y.P.D.

His remarks were greeted with applause.