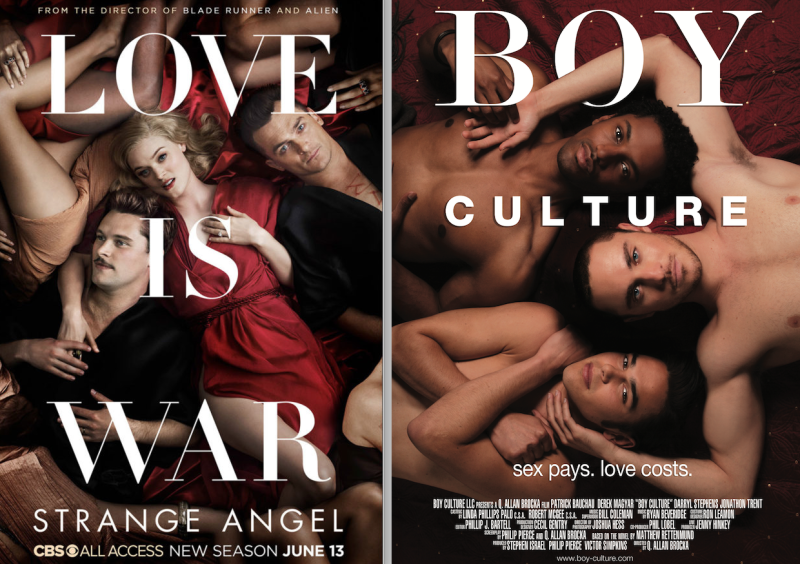 CBS.COM: Strange Angel's promo pic is so identical to Boy Culture's 13-year-old theatrical poster, it's scary — the concept of people lying around on top of each other wasn't knew when we did it, but the coloring and the font. So ... strange! Well, it definitely made at least one new person aware of this show!

HUFF POST: Git the Huck outta here! Sarah Huckabee Sanders must've finally tired of lying her ass off day-in and day-out — she is stepping down at the end of this month. Happy Pride! Trump wants her to run for governor of Arkansas.

JEZEBEL: Straight up, Paula Abdul has consistently told inconsistent stories about being injured in a plane crash — that probably never happened. WTF? Even Paula stans know she lyin' like a dog.

GUERNSEY'S: I know — yet another story about a lesbian on the Titanic using a light-up cane to signal for help. No, seriously! As part of the Guernsey's 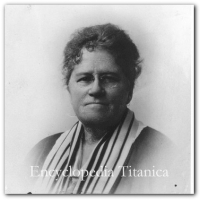 auction A Century at Sea: A Comprehensive Maritime Auction (at the International Yacht Restoration School in Rhode Island, July 19-20), the light-up walking stick of Ella White, Titanic survivor, is up for grabs. Her story:

Once she was in a life boat, instead of helping her fellow passengers row, Ella appointed herself as kind of a signal person, trying to get the attention of boats nearby. It may have been Ella’s cane that helped the RMS Carpathia spot the rowboats from the Titanic. Ella’s family secretly held onto the cane for years, until consigning it to Guernsey’s Auction House this year. It is a brilliant artifact that attests to the real-life powerful women like Ella White and the “unsinkable” Molly Brown who are purported to have taken charge during the tragic sinking. In fact, in the movie Titanic when the row boat captain says to Molly Brown “there will be one less on this boat if you don’t shut that hole in your face,” that was based on a story reported by Ella White.

Later in her life, she was in a committed relationship with her female traveling companion from the Titanic, making her cane history, maritime history and LGBTQ history.

VICE: Shockingly, Vice turns in a respectful — even reverential — review of Madonna's catalogue as a ramp-up to tomorrow's release of Madame X. You know this piece is smart because it correctly DING! DING! DING! mentions that Madonna used the word “reductive” not as a slur against Lady Gaga, but as a slam against comparisons between herself and the younger artist.

DICK AT YOUR DOOR: In time for Pride, send anyone on the world a chocolate dick. With rainbow-flag packaging! The LGBTQ-themed versions will be available June 17 — but only 750 exist. A full 15% of all profits will benefit gay causes through the ACLU. 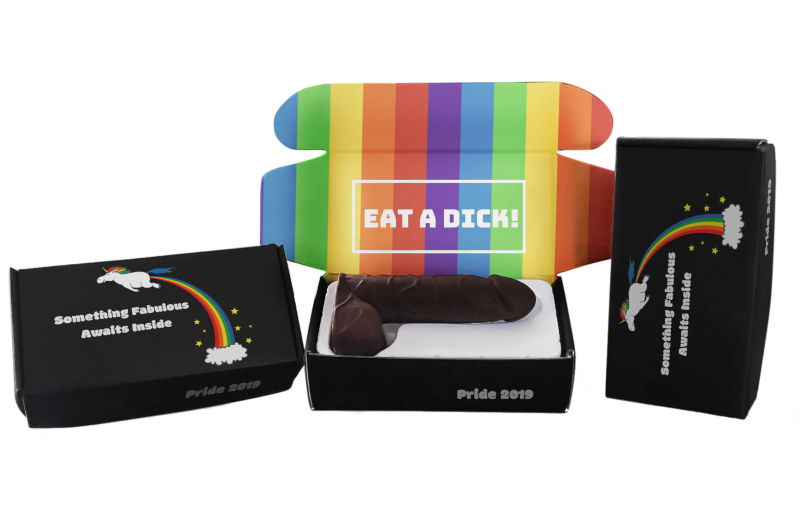 BCC (Image via Dick at Your Door)