RuPaul On Trump, Straight Pride: THE OPPOSITE OF SHAME ISN'T PRIDE, IT'S LOVE Comments (0) 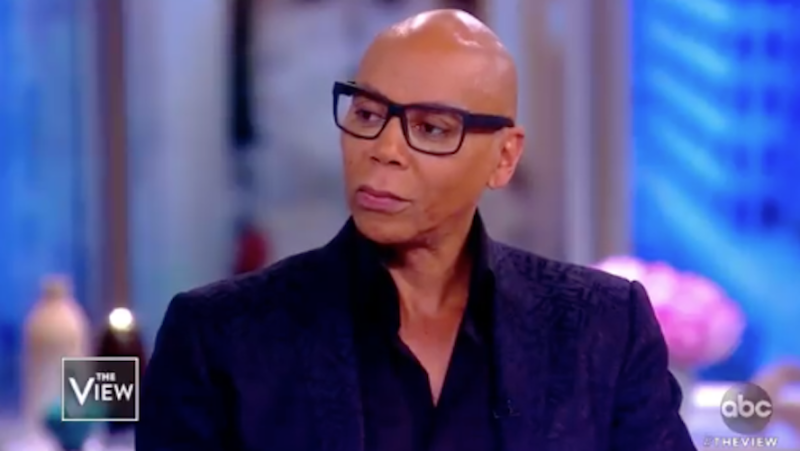 Class is in sesh. (Image via video still)

On The View, RuPaul — who doesn't “wanna pay any attention to that ol' fool,” Trump — says that “actions speak louder than tweets” when it comes to Trump's fake LGBT Pride announcement.

Also, he has this to say about why Gay Pride matters:

RuPaul has "one thing to say” about the president’s call to “stand in solidarity with the many LGBT people” on Twitter for #PrideMonth: “Actions speak louder than tweets.” https://t.co/PXY24lvq7H pic.twitter.com/wnoS9Ylfnw