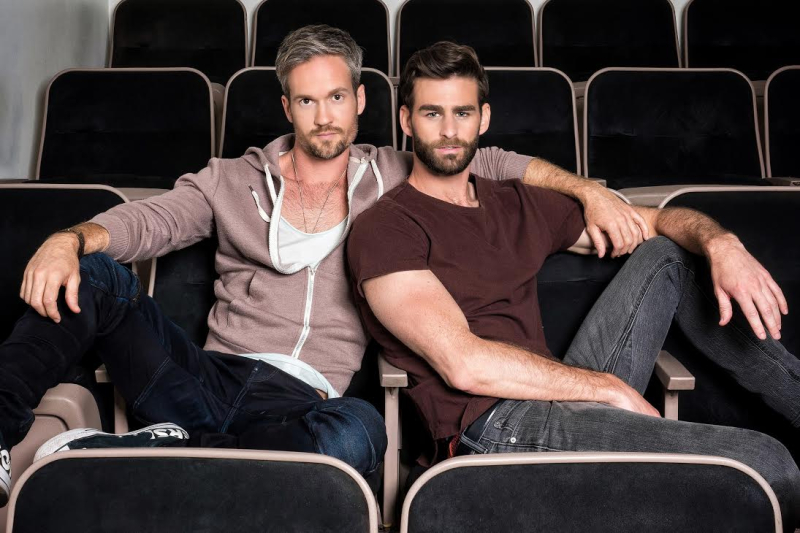 Chris Salvatore (Eating Out: All You Can Eat) and Kyle David Pierce (Agents of S.H.I.E.L.D.) are announcing development of a new scripted series, Straight Forward, aimed at a gay and accepting audience.

“We’re delving into modern relationship territory without stereotypes,” Kyle says describing the logline. Kyle is known for his work on, Agents Of S.H.I.E.L.D, Three’s A Crowd, and the Emmy Award winning, Venice The Series.

“The millennial generation is growing up, settling down. We’re targeting that demographic but the transparent narrative is for everyone,” chimes Chris, whose credits include, The Eating Out Series, Paternity Leave, Girlfriends of Christmas Past, and The Quiet Room. He recently wrapped, The Office Is Mine.

The scripted series will be shot in 30 -minute episodes. The overall tone is Dramedy with comedic zest elements rather than a “on the head” structure, and a broad but targeted range for guest stars. “The double entendre title is ironic but goes to the heart of the message that gay relationships are honest and evolving,” Kyle remarked at a recent photo shoot. “This show is important and empowering for Gay men; to see our relationships reflected on screen,” Chris adds.

Seems like we’re in for a breath of fresh air.