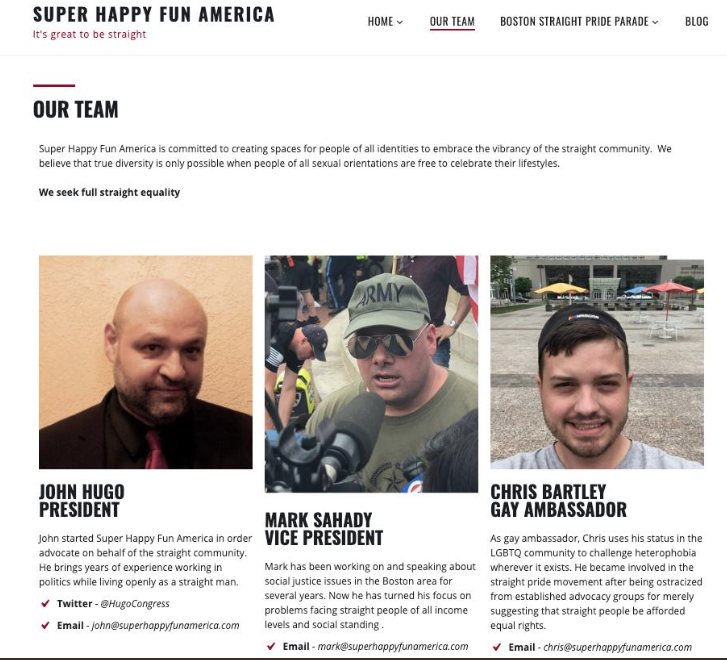 Are you ... surprised they look like this? (Image via Super Happy Fun America)

God, reading about Boston's proposed Straight Pride Parade is stomach-turning. Can anyone really not see why LGBTQ people might need a parade and why straight people do not? Let's swap legal and social status, and have your parade.

But it seems the parade, set for August 31 (tentatively, which means OMFG WE HAVE TO DO THIS NOW?), will go on.

Some are laughing and saying it will be funny to watch, but I personally think it could very easily turn into a mini Charlottesville, especially over time. Why wouldn't it? It's not about pride in being something, it's about pride in hating something else.

Oh, joy! Turns out one of the three organizers is a fucking gay man. Why, bitch, why? Oh, because he's a right-winger who feels ostracized by his fellow gays. Jesus, why is there always one? Chris Bartley is the group's gay ambassador, so chosen because he suggested that “straight people be afforded equal rights.”

In what way does a straight person have fewer rights than a gay person?