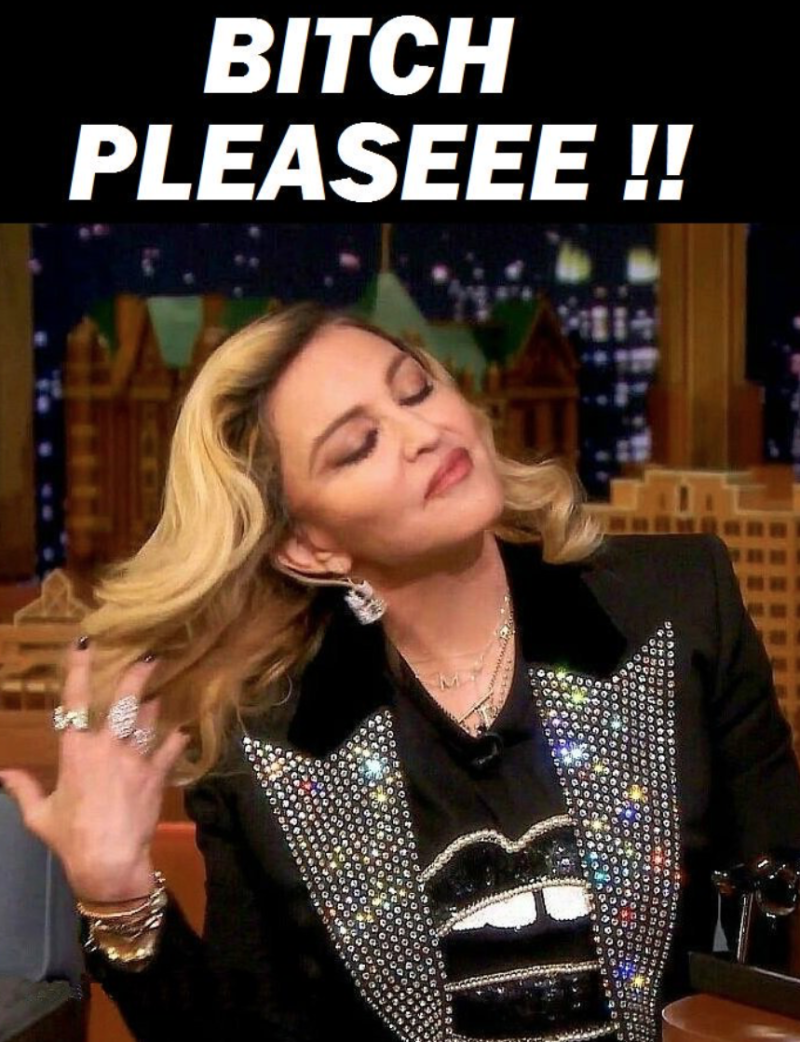 Madonna made waves Thursday grousing about a mostly laudatory article that she decided was ageist and patriarchal and backstabby. She went so far as to say she felt raped by it, which she says is okay to say on account she was raped at 19.

This meme has long roots and is reserved for icons. (Images via magazine covers)

I guess she hates that it was MADONNA AT SIXTY and so age-conscious.

Leaving all of that to unpack at a later date, let's focus on the part of the article in which she mentions that Harvey Weinstein was inappropriate toward her, too. She said:

Harvey crossed lines and boundaries and was incredibly sexually flirtatious and forward with me when we were working together; he was married at the time, and I certainly wasn’t interested. I was aware that he did the same with a lot of other women that I knew in the business. And we were all, “Harvey gets to do that because he’s got so much power and he’s so successful and his movies do so well and everybody wants to work with him, so you have to put up with it.” So that was it. So when it happened, I was really like, “Finally.” I wasn’t cheering from the rafters because I’m never going to cheer for someone’s demise. I don’t think that’s good karma anyway. But it was good that somebody who had been abusing his power for so many years was called out and held accountable.

Now, Weinstein has responded to her allegations, and his response is so ridiculous, Kevin Spacey must've written it. He actually said, in a statement:

Madonna is such a maverick it is surprising that she conformed to what’s in Vogue. This new narrative was not the nature of my relationship with her, and I will not Justify My terrific feelings for her. It was significant, Material and fun. She was that Ray of Light whom I will always Cherish. Anyone who knew her well back in those days, appreciates that she knew how to Express herself, she was fun, flirtatious and genuinely engaging, but if getting on this bandwagon helps her sell records, Turn Up the Radio.

Bitch, you're not Madonna.