Eric Dane as McSteamy — and he's still steaming up the small screen. (GIF via GIPHY) 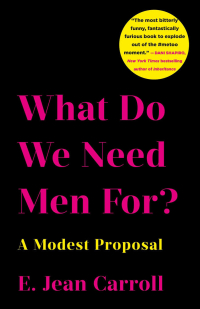 E. Jean Carroll, who just accused Donald Trump of raping her in the '90s in a new book:

Trump called Broaddrick “courageous,” and if Broaddrick was courageous, then certainly Carroll is as well. For Carroll’s story is at least as compelling as Broaddrick’s — if not more so.

And that is because Carroll’s claim, for a number of reasons, actually rests upon a significantly stronger foundation than Broaddrick’s.

For one thing, before she went public with her story, Broaddrick had repeatedly denied that Clinton had assaulted her, even under oath: In an affidavit she had submitted in Paula Jones’s sexual harassment case against Clinton, Broaddrick had sworn that the allegations “that Mr. Clinton had made unwelcome sexual advances toward me in the late seventies … are untrue,” that the press had previously sought “corroboration of these tales,” but that she had “repeatedly denied the allegations.” (Disclosure: I provided behind-the-scenes pro bono legal assistance to Jones’s lawyers.)

For another, Carroll’s account is supported by the sheer number of claims that have now surfaced against Trump — claims in which women have accused Trump of engaging in unwelcome or forcible sexual conduct or assault against them. These claims — all denied by the president — far outnumber the publicized sexual misconduct incidents that involved Clinton, which mostly concerned rumors or allegations of consensual affairs.

... He is at odds with most of the country, very much so. Take the Trump administration out of the equation and the march toward gay equality continues apace. As gay and transgender Americans prepare to celebrate the 50th anniversary of the Stonewall uprising on June 28, we inhabit a state of cognitive dissonance, staring at a split screen: insults from the White House on one half of it, positive reinforcement from elsewhere on the other.

TWITTER: Presidential candidate Sen. Cory Booker (D-New Jersey) has a warm message for his trans family: I love you. I see you, and I love you. More:

A message from Sen. @CoryBooker to transgender and non-binary folks everywhere. ❤️ pic.twitter.com/8Rwotavoq5

THINK PROGRESS: How the 2020 candidates responded when asked directly about abortion.

NYDN: Real, verified Stonewall veterans are disappearing fast. Members of the Stonewall Veterans Association reminisce about what they say happened on that fateful series of nights 50 years ago. Bert Coffman, 70, says:

I couldn’t have imagined all this 50 years ago. I was 20 back then. I couldn’t actually visualize myself as an elder, and that things would be different now. It’s great. So this is our mission now, to share who were were and what it was like then, and to teach people who want to learn about the authentic mission of the gay rights movement.

ADVOCATE: The American Psychoanalytic Association has apologized for categorizing LGBTQ persons as mentally ill in the past.

Kamala to Maya, “You always hold that chin up.”

Jasmine to Kamala, “If you don’t win, I’ll take your place.”

OH HI YES HELLO HERE ARE ALL OF MY BLACK GIRL TEARS.

EXTRATV: Jess Origliasso of the Veronicas made the scene with her BF, Kai Carlton of the Mudspitters. Kai just came out as trans, and Jess is known for her nasty breakup with Ruby Rose. The Veronicas are performing several times in the U.S. more than 10 years after the breakthrough success of their songs “Untouched” (2007) and “Take Me on the Floor” (2008), the latter of which contained the lyrics, “I wanna kiss a girl / I wanna kiss a boy / I wanna kiss a girl,” strong stuff for what was at the time their teenybopper fans. 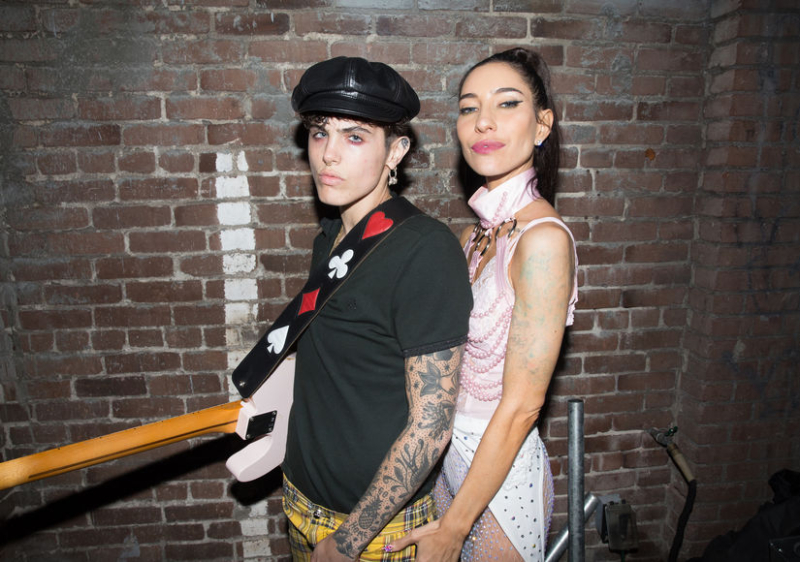