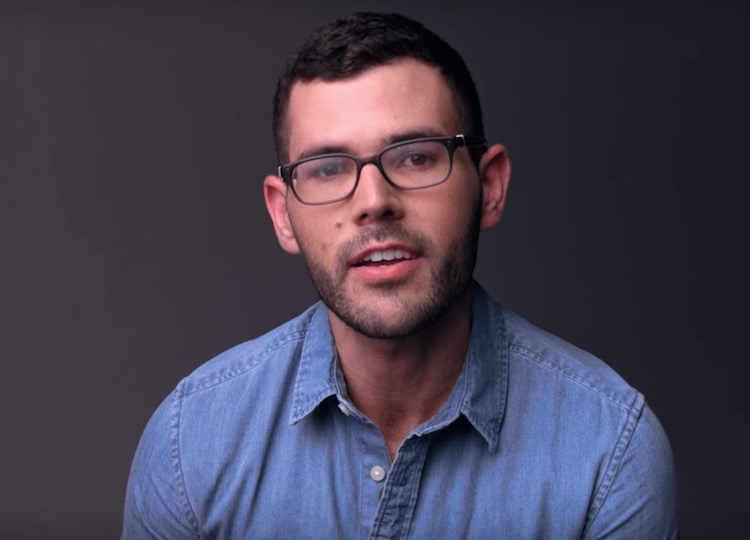 content-provider Steven Crowder, an untalented comic whose right-wing, viciously homophobic videos have a huge following — and who has for years led a campaign of harassment against queer Vox journalist Carlos Maza.

In a widely shared series of posts on Twitter, Maza documented how Crowder has singled him out, and how legions of his fanboys have peppered Maza with harassing emails. He also underscored the blatant homophobia in Crowder's videos, which would seem to be in obvious violation of YouTube's policies. 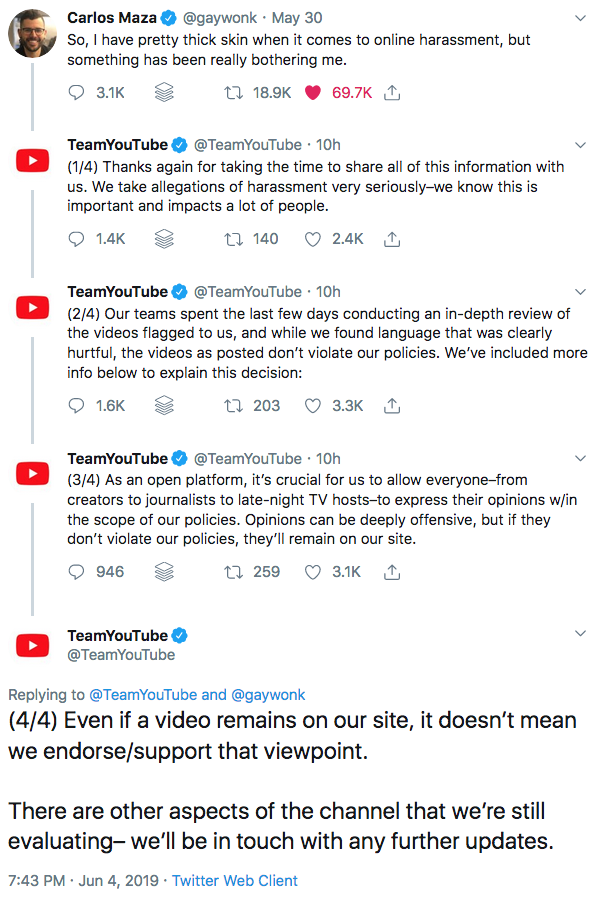 I wonder what the “other aspects” are?

Maza is, understandably, beside himself, writing:

Check this out — how in the fuck is this not attacking someone personally:

Apparently YouTube has no problem with any of this.

Remember this when they push their bogus corporate Pride Month contentpic.twitter.com/7ISl2KQNuE

Note that the far-less-followed @TeamYouTube responded to @gaywonk to tell him to shove off, whereas the main @YouTube account is sending out rainbow-colored replies to LGBT content creators who aren’t asking the company about repeated anti-LGBT harassment. pic.twitter.com/4NaHbuJt0R