ABOVE: The second most exciting person at the Madonna show last night.

BELOW: Keep reading for a DNA darling, a #1 singer comes out and more ...

I heart his tattoo ... (Image by Michael Andre) 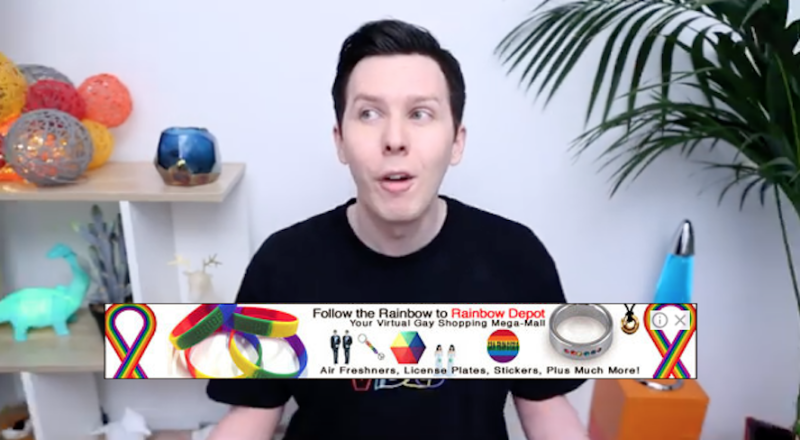 ADVOCATE: Lil Nas X, 20, the young man behind the most popular Billboard Hot 100 #1 song in forever, has apparently come out as gay.

JOE.MY.GOD.: Trump whines about New York state suing him so much. (He realizes he can be held accountable by NYS; no pardoning.)

Such an honor to be back home in San Francisco to celebrate #Pride. Remember, we will leave no one to fight alone. pic.twitter.com/vXyEXmMC2E

TWITTER: Kamala Harris rocked a coat of many colors for Pride.

TPM: Now Bernie is sharing doctored videos. (But it's ... not quite the same way in which Trump does it.)

EXTRATV: Taylor Swift is ever-so-pissed at Scooter Braun — and kinda has a right to be, I think.

NYP: Straight, married couple who were together 23 years: “Yep, we're both gay!”