ABOVE: There's a pubic hair in my Coke. But it's okay.

BELOW: Keep reading for Trump getting nailed by Mueller, the new Elvis, a dude getting his butt shaved and more ... 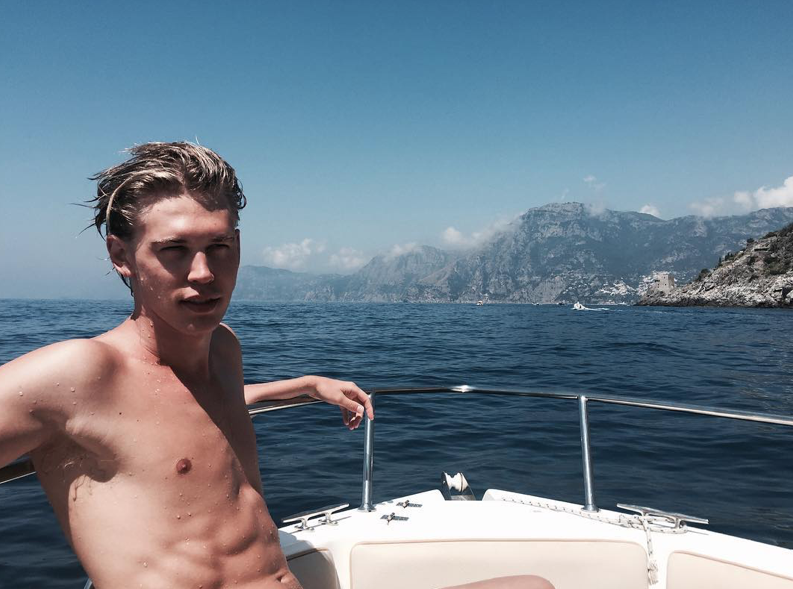 GR8ERDAYS: Look, I get it — we all have a hard-on for Austin Butler. But is he the right choice to play Elvis Presley? Baz Luhrmann thinks so.

He stripped down for a short, but the screen grabs are long on entertainment value. (Image via video still)

DLISTED: R. Kelly's crisis manager had to admit he wouldn't leave his daughter alone with the accused pedophile and sexual abuser — so now he's resigned.

It all started last week when 20-year-old Michael Key posted a heartbreaking video to his Twitter page alleging sexual misconduct by a male faculty member that went unaddressed by the school for over a year and a half.

In the video, Key detailed alleged abuse he suffered at the hands of  Morehouse’s Director of Housing and Residential Education, Demarcus Crews, that included inappropriate comments, invasive questions, and unwanted touching.

To shave and shave not. (GIF via GIPHY)

COCKTAILS & COCKTALK: All the buzz on Love Island.

POLITICO: No collusion? No obstruction? No impeachment? More like: Some collusion, a lot of obstruction, perhaps an impeachment. P.S. A Trump transition team member and Michael Flynn crony was just convicted on two foreign-agent felonies.

YOUTUBE: LGBTQ+ advocates and artists teamed up with the National LGBTQ Task Force. Check out this look behind the scenes of the orgs' good work, as hosted by Yuval David:

HUFF POST: Puke! Boris Johnson is the UK's PM after meeting the Queen. Promises hard Brexit by October 31, with or without a deal.