BELOW: Justin Trudeau goes for a jog, the Amazon burns, 14-year-old bashed (for being gay?) and more ... 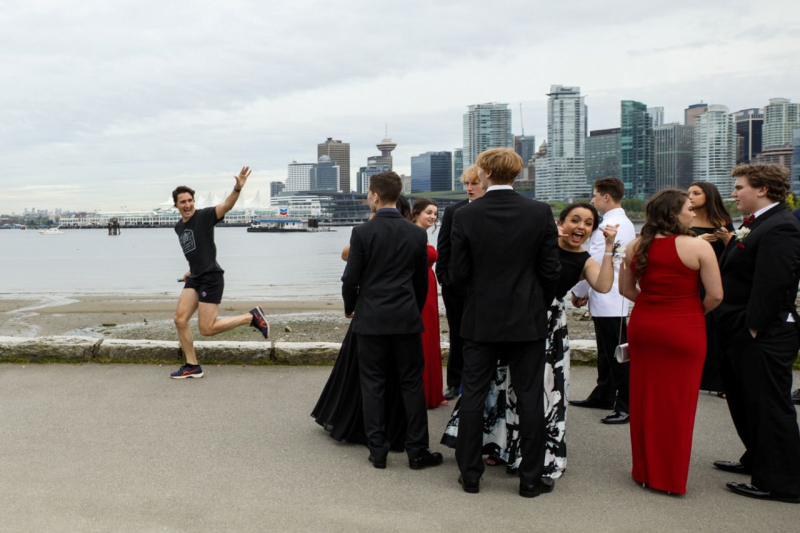 REUTERS: Justin Trudeau went for a jog in France. Some suspect it was done as a photo op. So ... the Canadian leader runs, and that's worthy of criticism, but Trump and Bolsonaro run

countries into the ground, and that's not?!

WISHTV.COM8: Fourteen-year-old boy shoved and pummeled during gym class — and he says it was because he's gay.

JOE.MY.GOD.: Fox News agrees that Trump should get to host the next G-7 at his own resort, and make $$$ at it — something even Rick Santorum finds appalling. I want muscles ... (Image via BosGuy)

LAMBDA LEGAL: Lambda Legal is calling for the disbarment of Coffee County D.A. Craig Northcott, who publicly admitted he doesn't file domestic assault charges when the assault occurs between same-sex spouses because he does not recognize gay marriage. He also said he wouldn't prosecute any Tennessee county clerks who took it upon themselves to refuse to issue marriage licenses to same-sex couples.

CBS NEWS: Joe Kennedy III wants to run for Senate in Massachusetts ... but the guy he wants to replace is already one of the Senate's most liberal voters.

VARIETY: The problem with cancellation culture is not that people who do offensive things should not be called out, it's that social media is so new we're all still trying to grapple with it. Because of that, minor — but real — offenses get overly magnified, and then people get turned off to the concept of giving a shit at all.

Case in point: Dave Chappelle, in his new stand-up special, advocates for canceled celebrities, and says he doesn't believe Michael Jackson's accusers. Fine, that's his opinion. However, he goes on to say:

I don’t believe these motherfuckers ... I mean, it’s Michael Jackson. I know more than half the people in this room have been molested in their lives, but it wasn’t no goddamn Michael Jackson, was it? This kid got his dick sucked by the King of Pop. All we get is awkward Thanksgivings for the rest of our lives. You know how good it must have felt to go to school the next day after that shit?

He also, er, jokes that what the kids were wearing may have had something to do with them getting molested, and says:

I know it seems harsh, but somebody’s gotta teach these kids. No such thing as a free trip to Hawaii. He’s going to want to look at your butthole or something.

Oh, I know — it's comedy! We can't be offended by comedy. “I don’t believe these motherfuckers” is not comedy. And he goes on to trash transgender people. It's not about P.C., and when you're more upset about P.C. culture than you are about transphobia and racism and child molestation, that's the real joke. When comedy comes from a place of hatred, you know it — or should. I remember seeing Danny Bonaduce do stand-up 25+ years ago in Chicago, and he made all these jokes about his assault of a trans woman, an incident he aggressively recast to make himself the victim. It was deeply disturbing, and coming in the guise of jokes did not mitigate that.

OMG.BLOG! (WORK UNFRIENDLY): Ringo Starr talks about having had a gay manager in the '60s, when being gay was so verboten.

WAPO: Ruth Bader Ginsburg looks much the same in her first public appearance since news broke of her latest bout with pancreatic cancer. 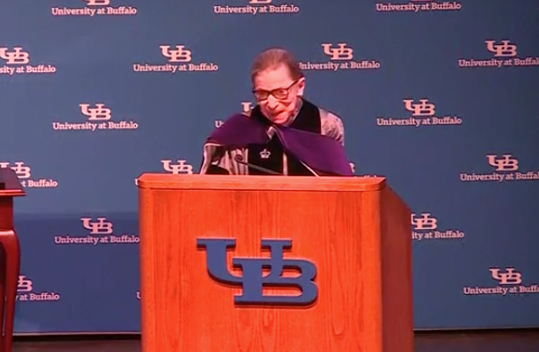 That she should have so many health issues shows there's no Justice in this world. (Image via video still)