BELOW: Keep reading for hot guys, Barbra Streisand and news on the avalanche of mass shooting plaguing the U.S. ... 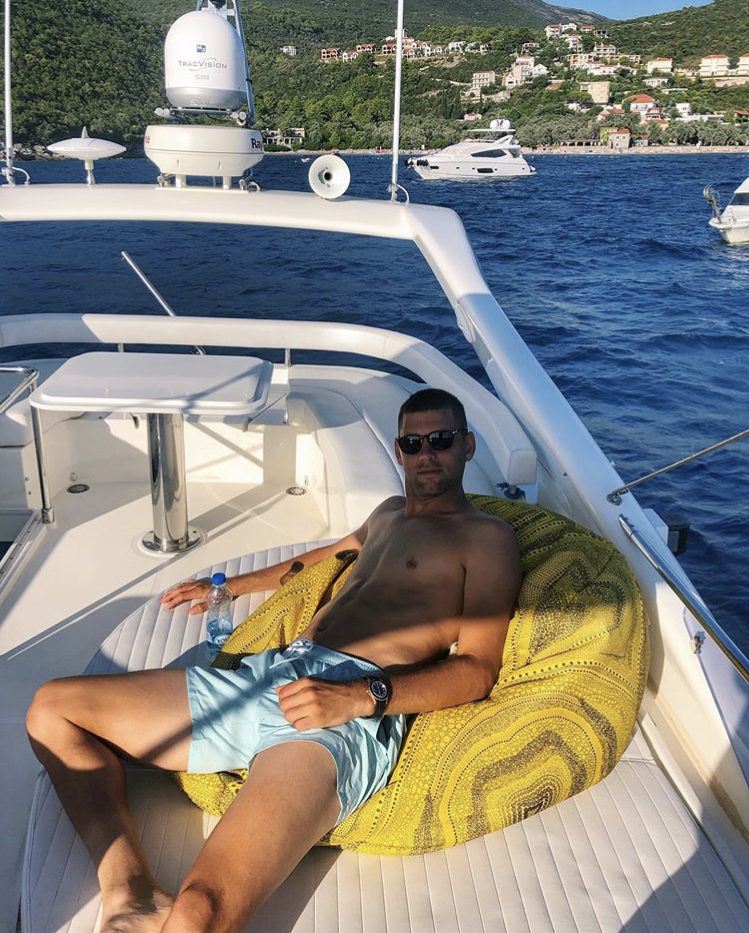 KENNETH IN THE (212): Tennis-hotness roundup.

VARIETY: In a highly-praised NYC show, Barbra Streisand gives thanks to her gay fans, talks about the disappointment that her big-screen Gypsy never happened and sings a Trump-specific version of “Send in the Clowns”:

He says he’s rich
Maybe he’s poor
‘Til he reveals his returns
Who can be sure
Who is this clown?

Something’s amiss
I don’t approve
Now that he’s running the free world
Where can we move?
Maybe a town!
Just who is this clown?

This is not a farce
It’s not just smoke
Is this his “Art of the Deal” or some awful joke?
You’ve got to admit
This fraudulent twit
Is so full of …

HUFF POST: Domestic terrorism should be seen as being as serious a threat to the U.S. as international terrorism was post-9/11. Duh, considering the fact that our so-called president is the far-right's Osama bin Laden.

JOE.MY.GOD.: This is news to me — 8chan, the site where at least two legit white supremacist manifestos have been posted in advance of mass murders, is owned by a loony white dude living in the Philippines (Jim Watkins) who seems to actually be courting terrorists. The site, monetized in part by Amazon, is “receptive” to terrorism, its former owner alleges. 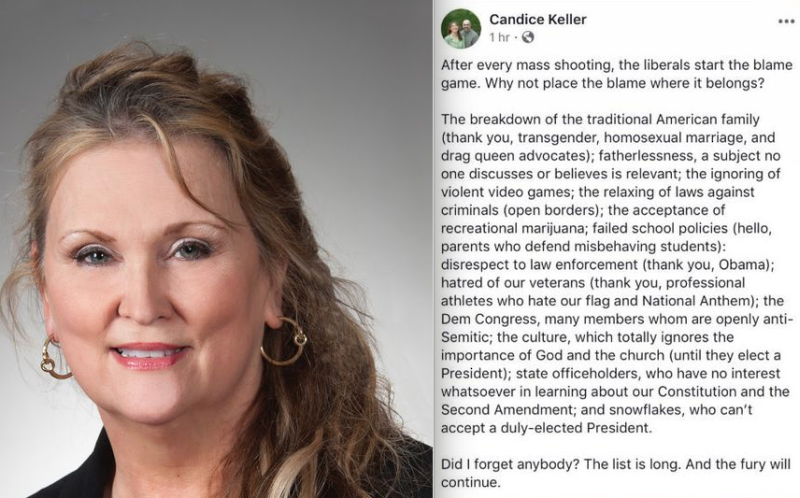 Did she forget anybody? (Images via State of Ohio & FB)

CLEVELAND.COM: This stupid cow, State Rep. Candice Keller, an it-goes-without-saying Republican, has a long list of people and events to blame on the mass shooting in Dayton, including gay marriage, the existence of trans people and — o' course — Obama.

TRUE CRIME STORY: The Dayton shooter was in trouble as a teen for keeping a rape list and a hit list — and yet his name was shielded from the public due to his young age. Several years later, he engaged in a mass shooting. How can anyone be surprised? How can anyone with his history be allowed access to weaponry?

The crowd is shouting “Do something” - drowning out the remarks from @GovMikeDeWine on stage at tonight’s vigil in Dayton. #10TV pic.twitter.com/WeLxkDlql0

CINCINATTI.COM: Heinous Republican Gov. Mike DeWine was drowned out by cries of, “Do something!” while trying to address an Ohio crowd about the Dayton mass shooting. Hey, Ohio — do something yourself if you don't like your elected officials' positions and responses. You voted for this tool, and for this one: 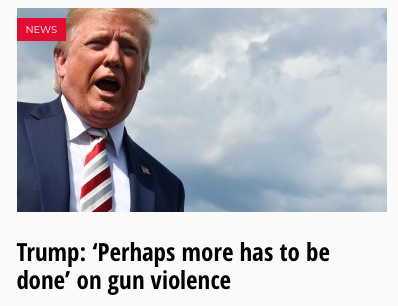