"I've heard that [Trump's] coming Wednesday but I have not gotten a call. And you know he might be going to Toledo, I don't know." pic.twitter.com/lNUmCcyxX6

The Mayor of Dayton, Nan Whaley, zinged Trump over his dementia-friendly slip-up at a presser, where he referred to the Dayton mass shooting as happening in Toledo.

P.S. The TelePrompTer was initially blamed, but: 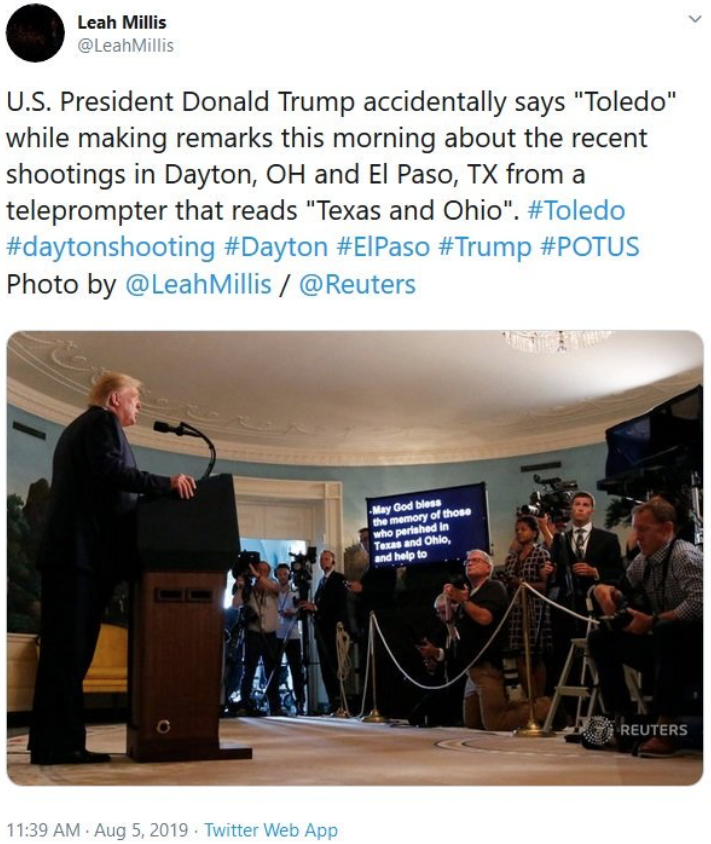