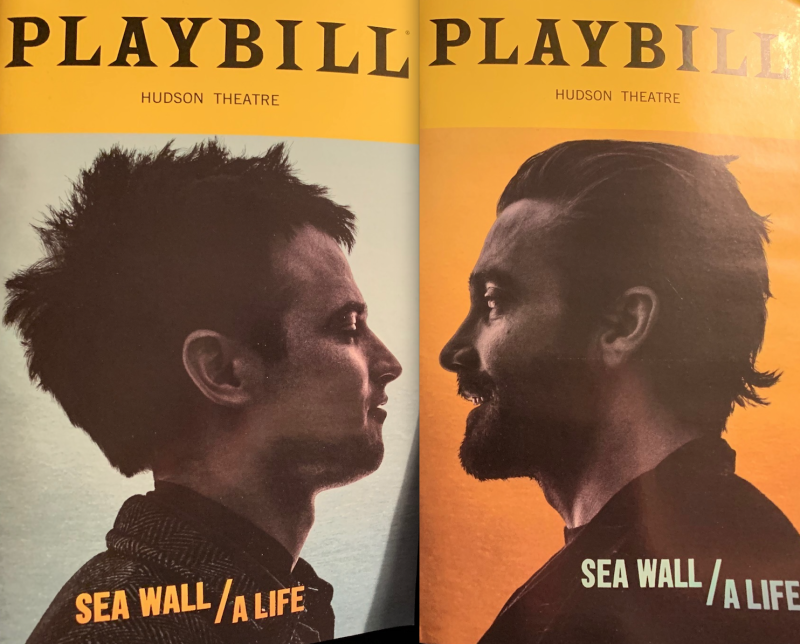 In Sea Wall/A Life, a pair of one-man monologues directed by Carrie Cracknell that opened Thursday, Tom Sturridge and Jake Gyllenhaal take turns bringing to life two unlikely men for 2019 — men with hearts, men whose brand of masculinity is not intrusive or poisonous, but is instead open and reflective. They are good guys, they are good husbands, they are good sons, and they are imperfect, which makes them even better. Their humility invites the audience to mourn the holes in their souls, created by loss, and to celebrate the dense, sensitive parts unmarred by the voids.

Sea Wall (by Simon Stephens) finds Sturridge holding listeners rapt with a story of a young dad who is happy to have not “it all,” but more than he ever dreamed. It is staged in a simplistic way that nonetheless reminded me of a spare Dalí landscape, filled with clues and foreshadowing. His performance is slightly flat, if charming, but it suits the character, who might be reciting his life's greatest tragedy from within PTSD.

I found A Life (by Nick Payne) even better, with a confident, Woody Allen-esque Jake Gyllenhaal adroitly navigating the script's clever careening from birth to death and back again. With more humor than pathos, the show accomplished in an act what many can't attain with three, soaring high enough to make up for a maudlin ending.

I recommend this twin peek at life's greatest mysteries; it is an elegant, elegiac rumination that takes for granted the buoyancy of the human spirit but asks — in fact, explicitly — why we are so over-prepared for birth and so under-prepared for death.

Sea Wall/A Life is up through September 29 at the Hudson Theater.