ABOVE: If you aren't already following @theaidsmemorial on IG, you should be.

BUZZFEED NEWS: The Trump Administration is asking SCOTUS to legalize firing people for being gay. Hey, gay supporters of Trump — fuck you for whining about Hillary taking Saudi money for her charitable organization, fuck you for constantly sending links to stories about how Muslims don't like gays. Focus on who you are supporting — a virulently gay man and Administration.

REUTERS: The Amazon fires are an existential crisis for the planet, but Brazil's malignant ruler, Bolsonaro, is worried more about his image.

NPR: New cancer scare for Ruth Bader Ginsburg — a tumor found in her pancreas has been treated. She is receiving no further treatment, and the cancer has not spread. She has been fighting cancer off and on since 1999, and had her first run-in with pancreatic cancer in 2009. 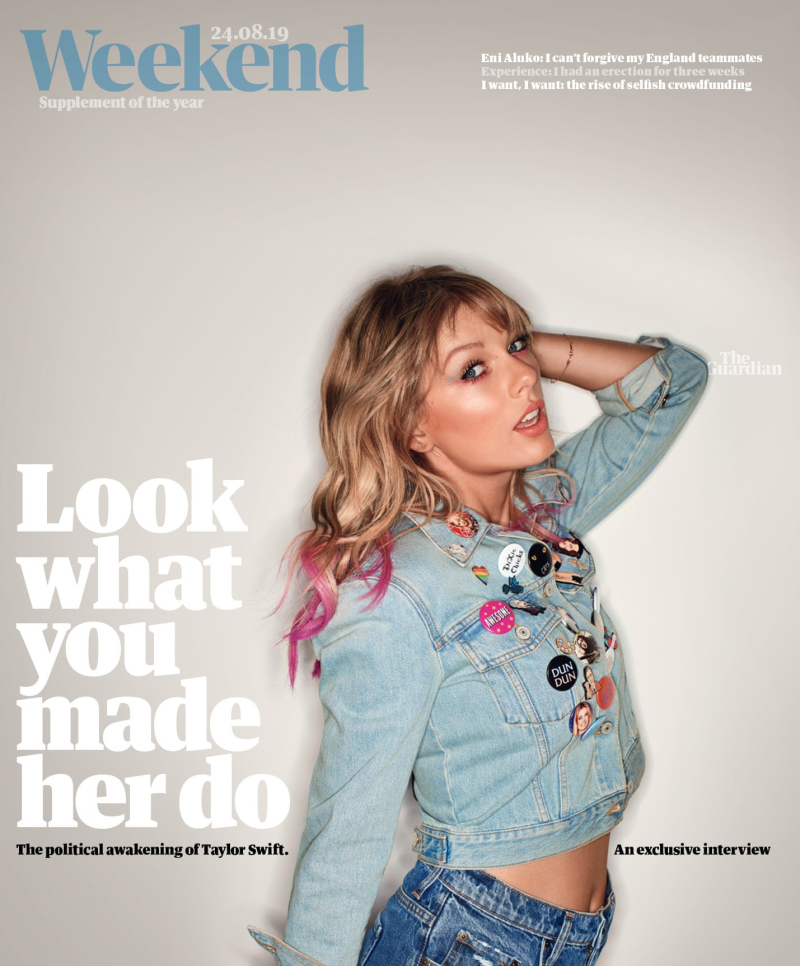 THE GUARDIAN: Taylor Swift wasn't political before, but she is now, and she's calling out Trump over his gaslighting ways.

NBC NEWS: A Kentucky printer who would not print a gay Pride T-shirt is taking his case to his state's highest court. Because nothing goes against your religious beliefs like a group of people asserting pride in themselves.

AM2DM: Lee Pace talks up his movie Framing John DeLorean, the Amazon fires and how he feels since coming out publicly: