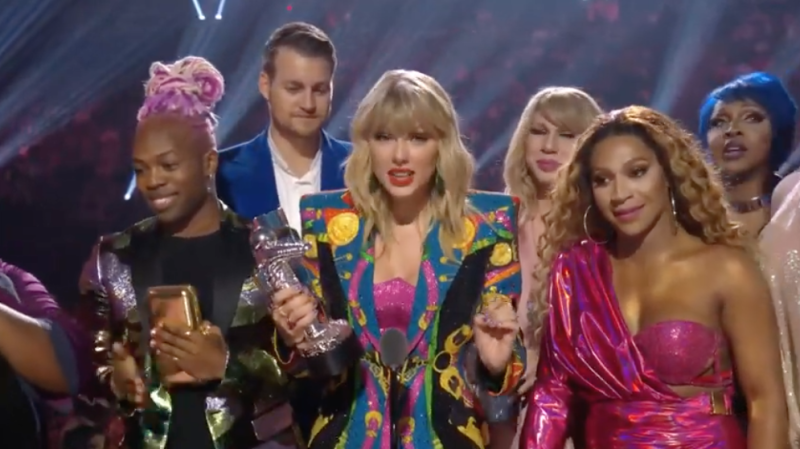 Collecting her fan-voted Video of the Year Award at the MTV VMAs, Taylor Swift was surrounded by her queer castmates (and, ironically, closeted John Travolta, who slinked off as she spoke after mistaking Jade Jolie for Taylor). 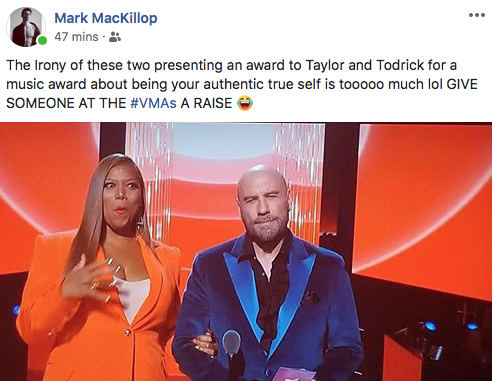 She took time out to promote the Equality Act — and to underscore the White House's deafening silence on queer issues: