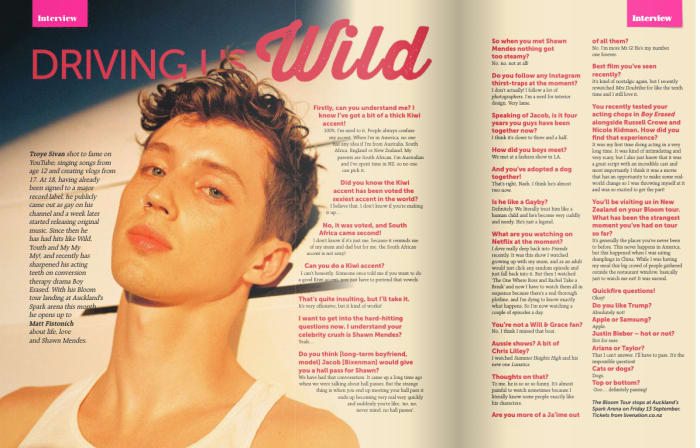 The New Zealand queer mag express, which has been in publication for 27 years, is on blast after its reporter Matt Fistonich asked Troye Sivan if he is a top or a bottom.

Sivan called out the question as invasive and inappropriate.

What do you think? Cheeky fun or too far?

I thought about asking the interviewer about his absolute fave sex position after that last question, but then i remembered how wildly invasive, strange and innapropriate that would be. Didn’t stop him though! https://t.co/mo80DziQrH