ABOVE: Suspension of my disbelief. 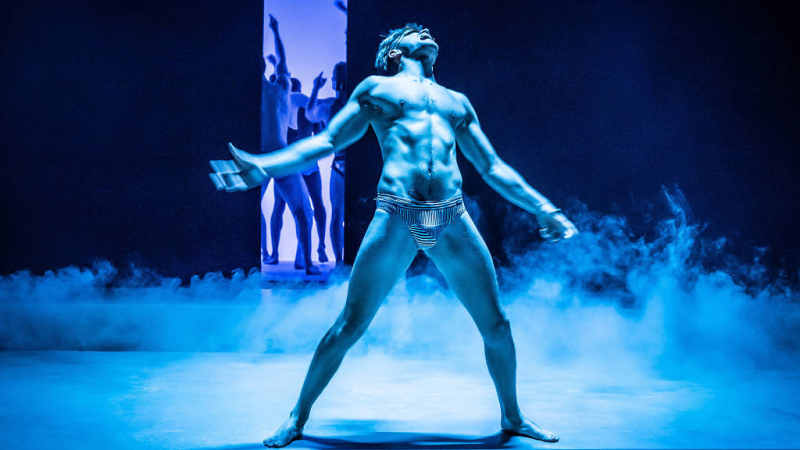 TIME OUT NY: Critic Adam Feldman's list of must-see Broadway shows. (I have my The Inheritance tickets!)

KENNETH IN THE (212): The shorts are getting shorter, even if Leon over here is getting larrrrgerrr.

NBC NEWS: Navy confirms that footage of UFOs leaked to the press and publicized by Blink-182 rocker are real — they do, in fact, show unidentified aerial phenomena. 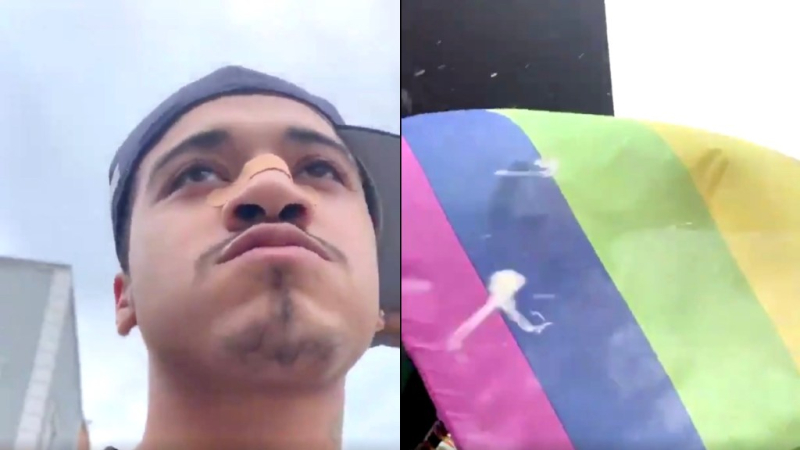 This is the asshole who spit on a Pride flag. (Image via video still)

TOWLEROAD: Fuck this scumbag, who spit on a Pride flag outside Albatross Bar in Queens.

NYDN: Canadian PM Justin Trudeau has apologized for wearing blackface as a part of at least three costumes in the early '00s, says he did not see it as racist then but does now. I don't know why this is complicated for people — blackface is now and always has been racist, racially insensitive, and deplorable. However, people who indulge in it, while they are doing something racist, it does not 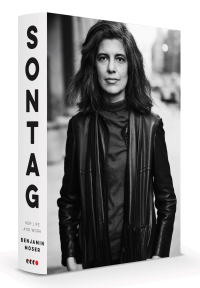 always mean they are card-carrying racists who hold racist beliefs. If they're open to the criticism and to being educated and are apologetic, they may just be good people who did something bad. This applies to Southern Republican and Democratic governors, Dancing with the Stars chicks, comedians and others. But it's important not to make it seem like blackface is not a big deal.

ABC NEWS: White ref who cut off black teen wrestler's dreads before a match has finally been punished.

DLISTED: Because no great movie is good enough to escape being remade. I adored Little Shop of Horrors, the 1986 musical version, dragging my co-workers from the Fair Store to see it. They thought I'd lost my mind! Anyway, if it must be remade, reimagine. The 1986 movie was a reimagined version of the 1960 film — I like new takes, not remakes.

NYP: More than 40 years later, a man is suing gay activist and archivist Charles Leslie, 86, accusing him of molesting him in his phallus-filled apartment in Manhattan. The story is a typical description of grooming, and involves an alleged victim who would have been around 8 years old. Having been to the apartment, and knowing what I know about Leslie's obsession with adult penises, and considering the fact that Leslie hasn't been the subject of other complaints (yet), and taking into account the public knowledge that Leslie is loaded thanks to wise real estate investments, I'm inclined to suspend judgment on this allegation. I think victims deserve justice, but I also think Leslie's sexualized image makes him an ideal target for a false accusation. Perhaps more light will be shed as the suit progresses.

As y’all can tell in this video i Love this song and muzzing pic.twitter.com/xGmUeHq1ez