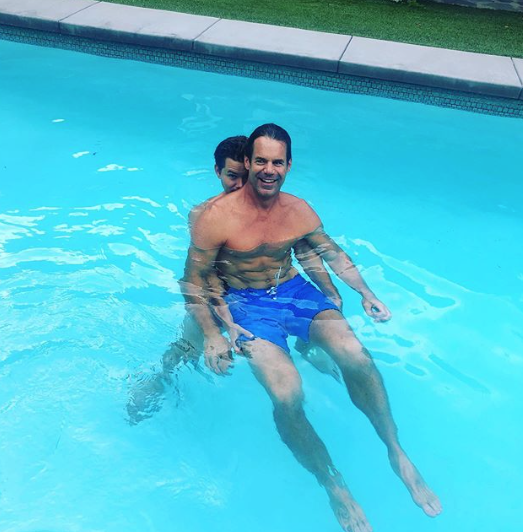 OMG.BLOG! (WORK UNFRIENDLY): They played warring partners on Broadway in The Boys in the Band, now Andrew Rannells, 41, and Tuc Watkins, 53, are coming out of the closet as non-warring partners!

Tapper points out Mnuchin's hypocrisy in his defense of Trump's actions on Ukraine/Biden pic.twitter.com/H09JR5BE3l

TPM: Mnuchin warns that the Bidens behaved inappropriately and should be investigated — but hedges when it's pointed out that Trump and his children, who are all currently in power, are actively making deals and money and being granted copyrights abroad. Porter is not having your SJW drama! (Image via video still)

PEOPLE: Emmy winner Billy Porter praises Jonathan Van Ness for being open about his HIV status, and he also swats down lame attempts to make it seem like he has beef with RuPaul:

Let me make this clear right now in this room to everybody. Right now. There was never a side-eye coming from me. There’s never anything negative coming from me. You’re never going to get from it. Okay? It’s all love, all love, it’s all positivity. Don’t come to me with that mess.

KENNETH IN THE (212): NYC's Chelsea area is among those being overrun by homeless people, including brazen drug users. The same is happening to parts of Hell's Kitchen, notably around 45th and 9th, which has never been seedier. These people are not mere inconveniences or eyesores, but their presence is also not to be ignored. Things have accelerated, and no one in NYC is really sure why.