ABOVE: If you like that, gulp, sort of thing.

BELOW: Keep reading to understand Brexit — from a male point of view — and to read up on the last (!) season of Grace and Frankie, to see Theo James's butt and more ... 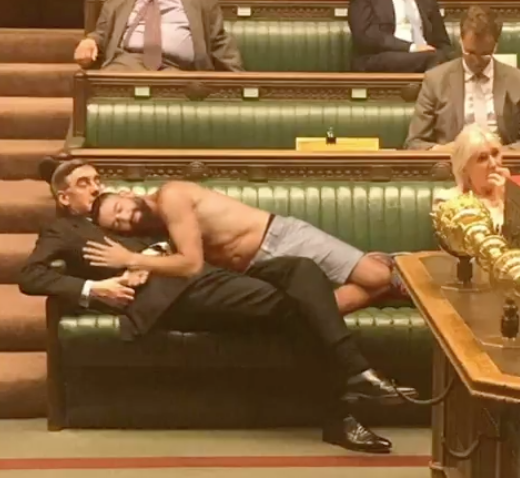 TWITTER: If you are confused about what's going on with Boris Johnson and Brexit, here!

IRISH TIMES: How can you not read this when the header is: “How Mike Pence shat on the new carpet in Ireland's spare room”?

college boy experiences at least once.

VARIETY: Grace and Frankie is ending after Season 7 — the show, with a prominent queer subplot, one out lesbian star (Lily Tomlin) and one gay-fave star (Jane Fonda), will be Netflix's longest-running (94 episodes) original series when it finishes. 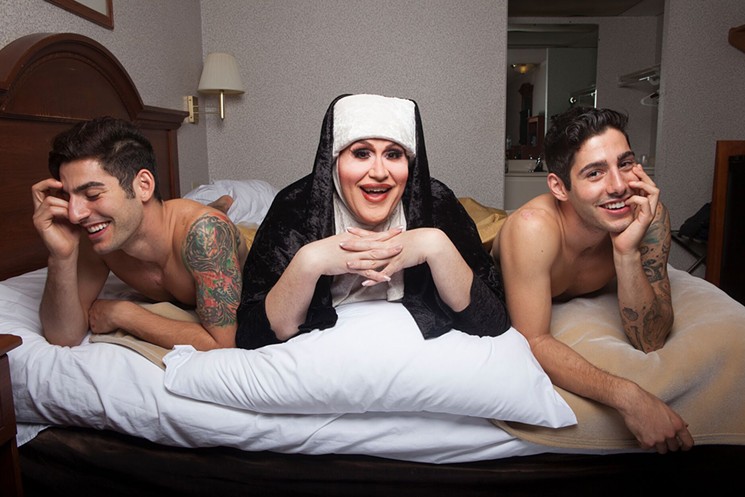 Nunsensical (Image via the Zakar Twins)

INSTAGRAM: It blows my mind that people confuse things that are not PC (like “Men on Film”) with hate done to get laughs (Dave Chappelle). Anyway, happy birthday Damon Wayans.

PAPER: The theatrical movement to destigmatize HIV in men of color. 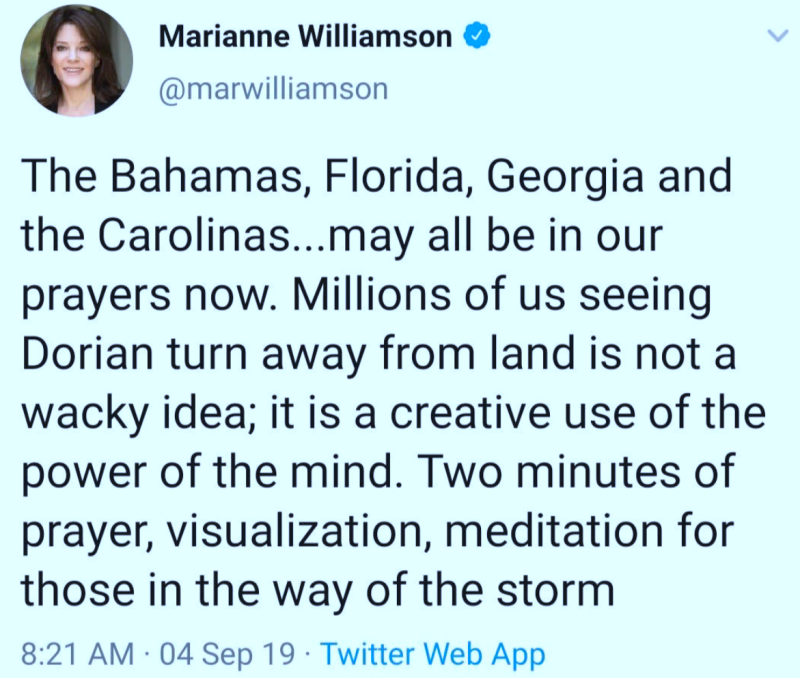 WAPO: Marianne Williamson is a crazy witch doctor. Go away.

TOWLEROAD: Kevin Hart is still so fucking stupid about gay issues, practically shouting down 20-year-old Lil Nas X for explaining why he felt the need to come out. Saying that being gay doesn't matter is like a white person claiming they're color-blind.

.@lilnasx speaks the truth about his choice to come out while at the top. More of The Shop on @HBO now! pic.twitter.com/wETNaPUU5t