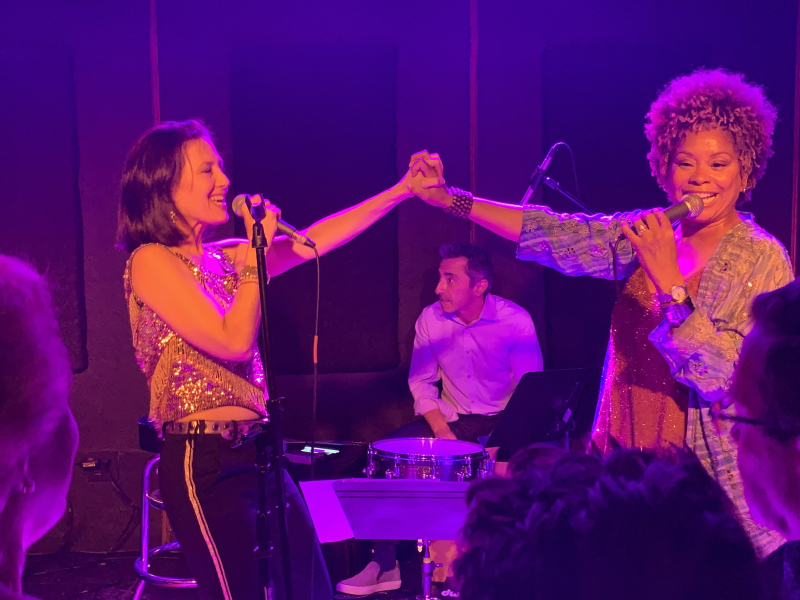 Their friendship act is no act! (All images by Matthew Rettenmund, unless noted)

Had so much fun at C'mon Everybody (325 Franklin Ave., Brooklyn) tonight at the Niki & Donna show. 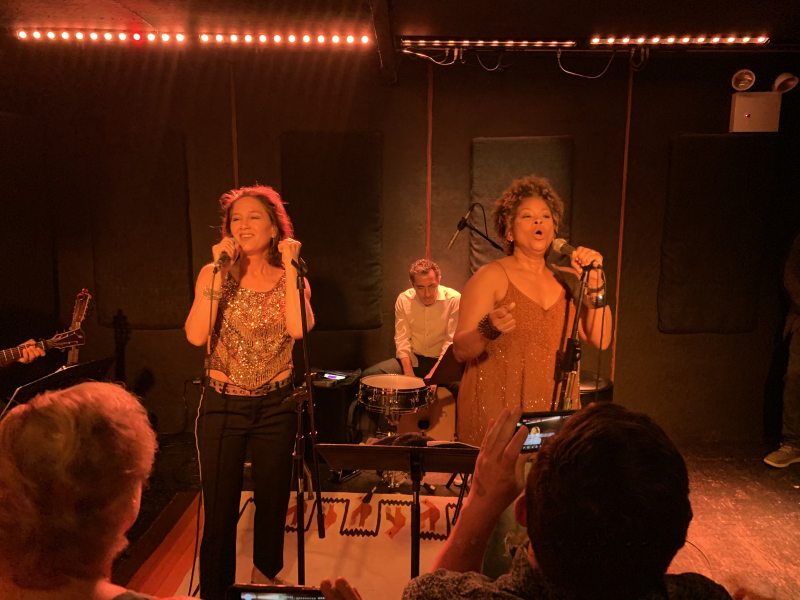 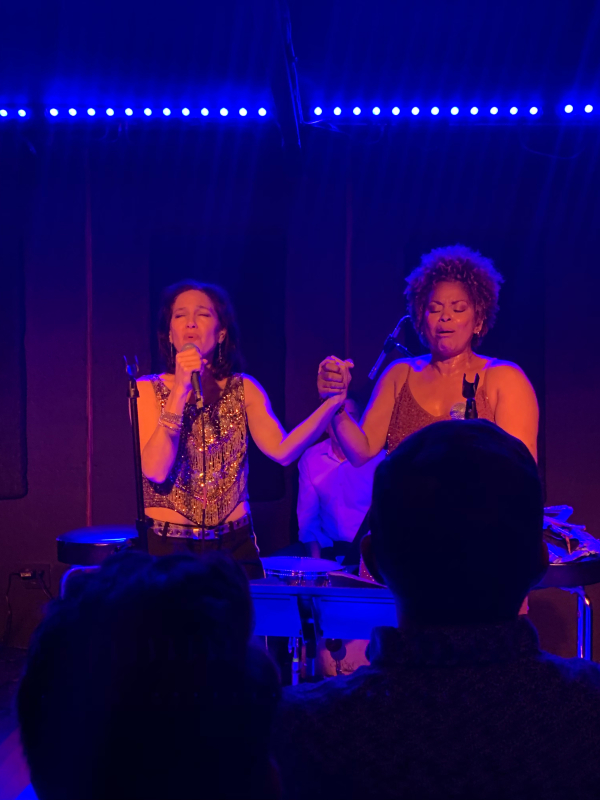 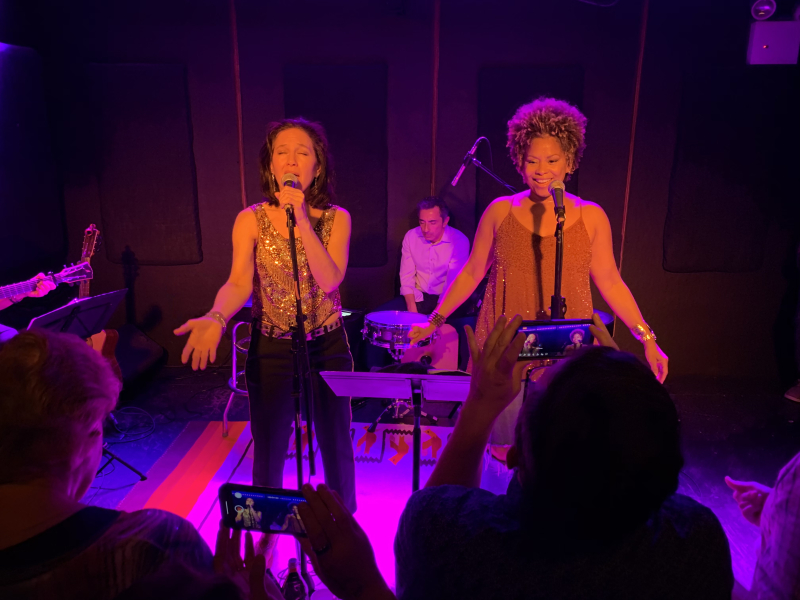 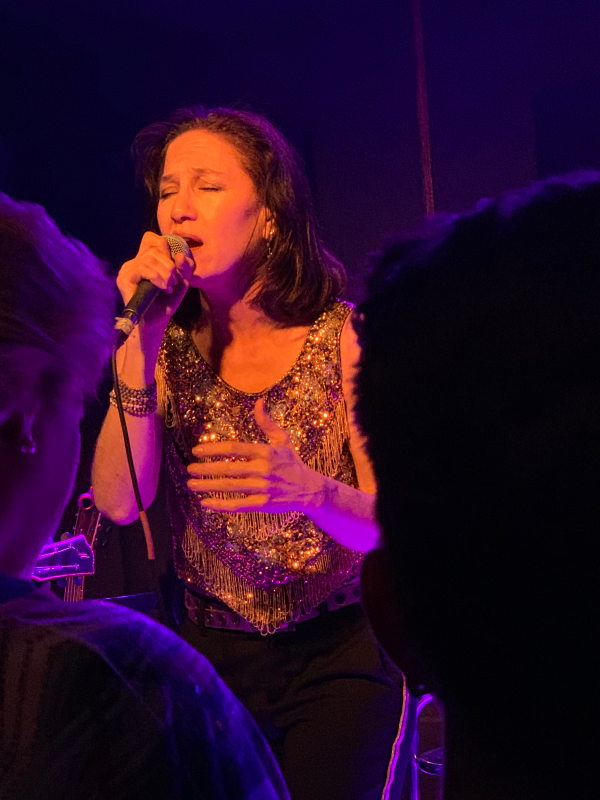 Some shots of their show

Niki Haris and Donna De Lory, who sang backup on many Madonna classics and toured with her for (in Donna's case) 20 years have formed Niki & Donna to express themselves. They performed cuts from their EP Two Friends, (including an outstanding cover of Cyndi Lauper's “All Through the Night) as well as Donna's single “Praying for Love.”

The ladies demonstrated a remarkable bond onstage, enhanced by their beautifully, effortlessly blended vocals. Their material is about kindness, optimism, love and feeling blessed.

I was hoping for more stories — their 60-minute show is called Songs & Stories — but they did reminisce about getting wasted on hash in Amsterdam and returning to the tour, where Donna grabbed Madonna and said, “Your head is soooo big!”

They also gamely burst into micro renditions of “Causing a Commotion,” “Deeper and Deeper” and “Express Yourself” — but just enough to tease! Vogueing with the best of the best

While the main draw may have been their time with Madonna, their singing and songwriting seemed to warm everyone in the place; almost every patron stayed behind for the meet-and greet. At first, I was kind of annoyed that we had to buy something to get a pic-with, but for $15, it was worth it — they gave each fan a lot of time and attention, and when I showed them an original Lorraine Day contact sheet I'd brought for them to sign, one showing their on-set poses during the “Vogue” music video shoot, they FLIPPED! It was such a great reaction, with both trying to make sure I sent them pictures of it, and their photographer snapping pics. 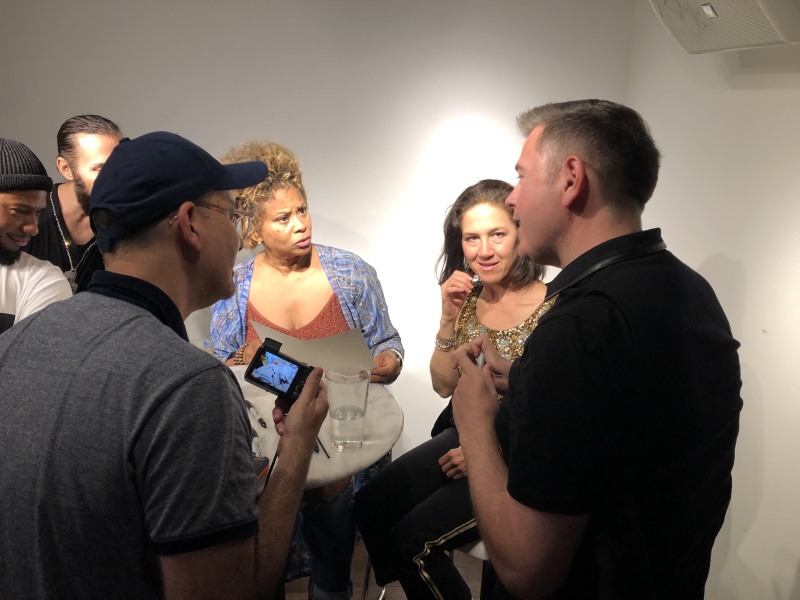 My buddy Jason captured this pic

After our photo together, and apparently after they exchanged a few words, Niki burst into tears. I think the night and all the love was a lot for her. 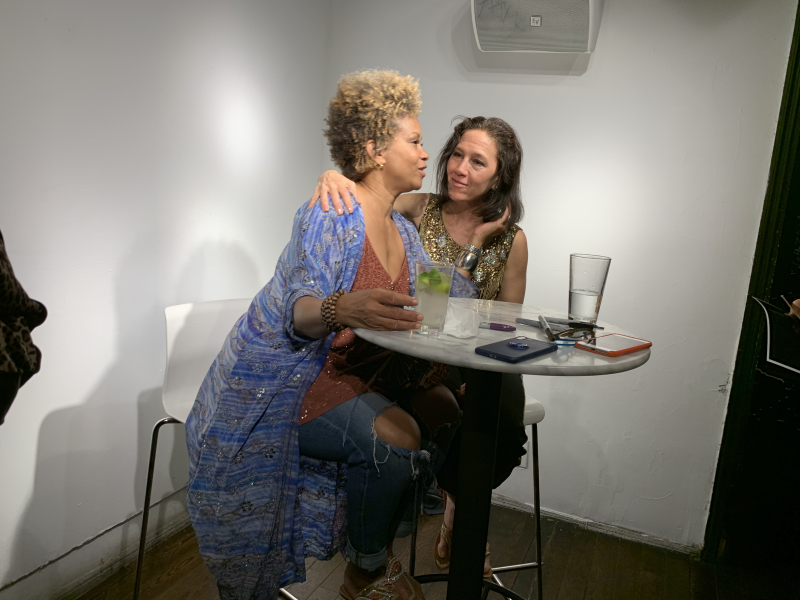 With promises to return with more material, they thanked us all profusely, making it so worth the money and the time and the journey. If they ever tour near-ish you, don't hesitate to seek them out.