NO ONE IS ABOVE THE LAW: Pelosi Opens Impeachment Investigation Comments (0) 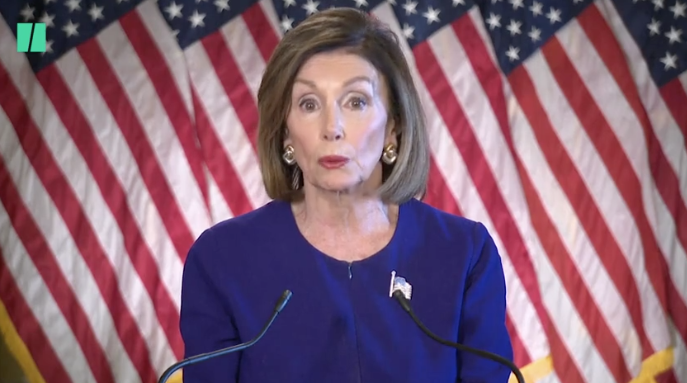 Impeachment can't be used as a political tool, the way the Republicans used it against Clinton.

Either a president is potentially impeachable due to his or her actions, or a president is not. The goon currently occupying the Oval Office is — and Speaker Pelosi, who wisely held her fire until he tripped himself up incontrovertibly, is now opening a formal impeachment investigation.

Whatever happens, this is the right thing to do. To let him break the law repeatedly and ignore it, gaming out 2020, would be wrong.

Let's hope he is impeached, and let's hope against all hope he is also convicted; but impeachment is the very least he deserves, and I would be happy with the Dems for that.