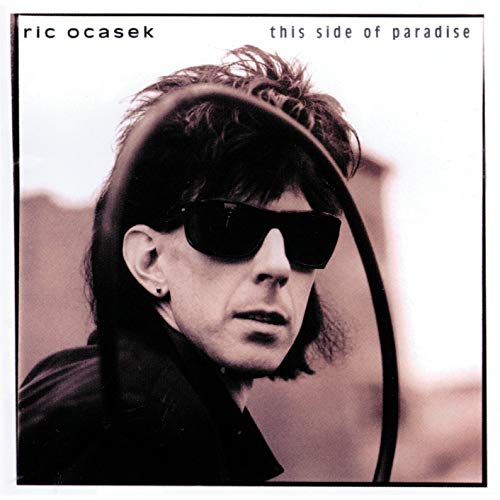 So sad to hear that Ric Ocasek, the iconic lead singer (and songwriter and producer) of the Cars, one of the first groups I ever cared about, has died. He was found in his Gramercy Park apartment here in NYC, apparently by his ex, Paulina Porizkova. The two were married in 1989 and just last year announced they had uncoupled (but apparently hadn't divorced) in 2017.

Ocasek grew up in Baltimore and met his longtime musical partner — and later nemesis — Benjamin Orr as early as 1965.

Together with Elliot Easton, David Robinson and Greg Hawkes, they formed the Cars in Boston in late '76.

Better than some of their hits!

They were also known for loopy music videos, something serious rock bands didn't always devote energy to. In fact, in 1984, “You Might Think” was the first video MTV anointed its Video of the Year. It has not aged well!

The band wound up releasing six studio albums from 1978-1988 (including their debut, which was recorded in 12 days) before disbanding acrimoniously, after which time the New Cars (of which Ocasek was not a part) toured singing the band's classic hits. In 2011, 11 years after Orr died of cancer, Ocasek reunited with the other surviving Cars members to release a final studio album and embark upon a brief tour. They performed together for the last time in 2018 when they were inducted into the Rock and Roll Hall of Fame.

Ocasek was also known for his solo work, which included seven studio albums and the hit single “Emotion in Motion” (#15, 1986).

He was married three times, including his union with Porizkova, which lasted from 1989 until 2017.

He is survived by her and by his six sons, two from each of his marriages.