ABOVE: Something came between him and his Calvins.

BELOW: Keep reading for retro Madonna perfection, why Papa Pence simply couldn't be gay and another ex-ex-gay ...

NYT: Bill Cunningham was a genius at capturing fashion on the street, a dying art — I used to take surreptitious photos and was regularly scorned for it. He would openly shoot people, but not with permission; trying that now could get your expensive camera smashed or, at a minimum, get you called a creep and yelled at by “consent” vigilantes.

ADVOCATE: Mike Pence dines with a gay man, so therefore, he can't be anti-gay, y'all!

TOWLEROAD: Trans woman savaged for trying to use the john. 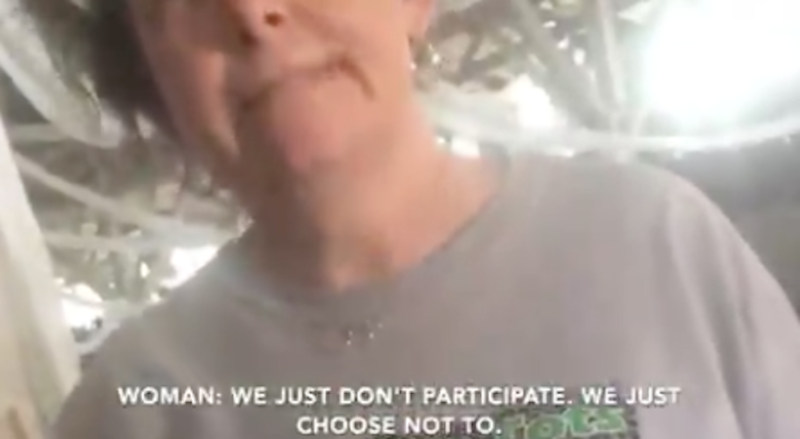 WAPO: Wedding venue employee rejects same-sex and interracial marriages due to Biblical beliefs; after the ensuing viral outrage (and a condemnation by the Mississippi town in which the venue sits), the owner offered an apology that said, among other things, that she never knew the Bible does not forbid interracial marriages. Learn somethin' new every millennium:

NEW: A Mississippi venue allegedly cancelled a couple's wedding plans after discovering the couple was a black man + a white woman.

"We don’t do gay weddings or mixed race, because of our Christian race—I mean, our Christian belief," a woman says.
More: https://t.co/9P0ZjNu3M0 pic.twitter.com/XKlRRSL44B

KENNETH IN THE (212): Another World Hottest Ginger contestant.

POST & COURIER: Ex-gay org Hope for Wholeness founder McKrae Game has come clean about his hope for holeness — he's gay. And he's ever so sorry for the pain he's caused. He's made his living off of demonizing queer behavior for 20 years, so I'm not sure how quickly we are to forgive 'n' forget: