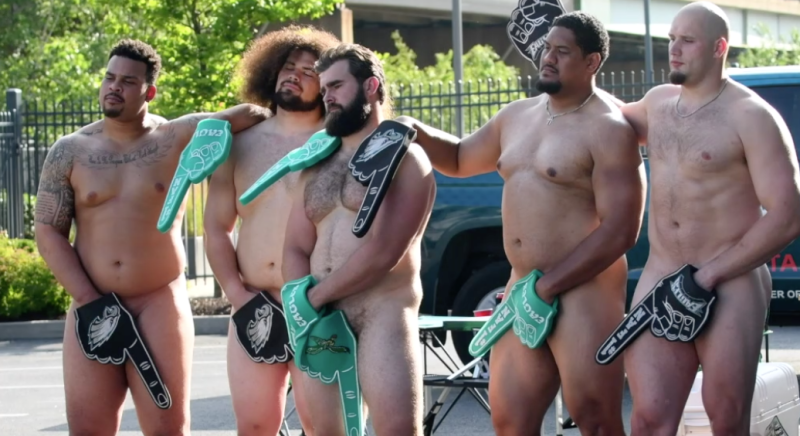 ESPN: This Body Issue has lots of body tissue — THICC.

GAY FLESHBOT (WORK UNFRIENDLY): Decide if you think James McAvoy is hung or not.

EXTRA: Whoopi Goldberg is here to tell you that Barbara Walters is not ga-ga.

CONCERT FOR AMERICA: Concert for America has a killer lineup.

NEWSWEEK: Not all of the kids are alright — students holding an inaugural Gay Straight Alliance meeting in California were greeted by classmates shouting slurs and carrying MAGA banners.

LGBTQ NATION: Gross Aaron Schock is celebrating, now that charges against him have been dropped. (He did pay back $68,000 — gee, I guess that was an oversight.) That any gay people will hang out with him is a disgrace.

YOUTUBE: Seinfeld turned 30 (!) this year. In honor of that, check out this fun reel of the show's actors discussing being recognized: