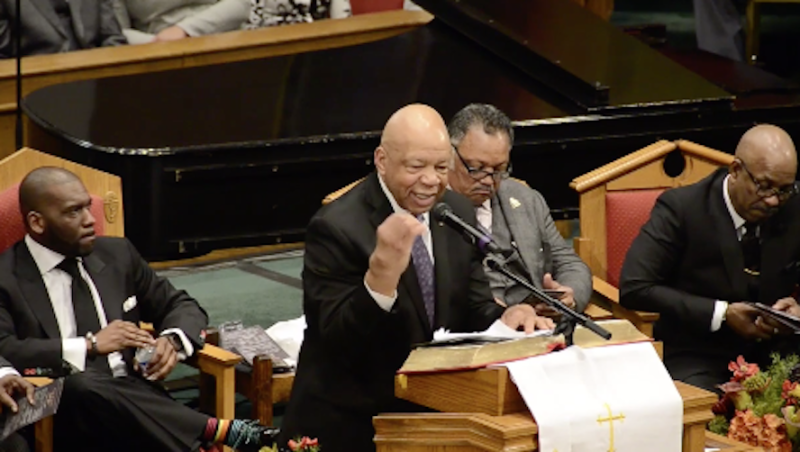 He died at 2:45 a.m. Thursday at Gilchrist Hospice Care following what had been a host of health issues. He underwent aortic valve replacement in 2017, endured an infection as a result of that hospitalization, and later fought another knee infection. After publicly stating he was in good health months ago, he withdrew from roll calls in September after undergoing an undisclosed procedure.

Cummings has been in the House of Representatives since 1996, and chaired the House Oversight and Reform Committee, which is overseeing impeachment proceedings involving Trump, replacing Rep. Trey Gowdy (R-South Carolina) in that post.

Born January 18, 1951, in Baltimore, Maryland, the son of sharecroppers, he went to Howard University and the University of Maryland School of Law. He was a successful lawyer for nearly 20 years before entering politics, where he blazed trails as an African American in his state.

In Congress, he had been ad advocate for lowering prescription drug costs and an outspoken voice in the area of civil rights. He excoriated Trump for his "go back" comments regarding Democratic congresswomen of color, stating to The Baltmore Sun:

I don’t think these Republicans or Trump fully understand what it feels like to be treated like less than a dog.

He only had a one-on-one conversation with Trump once, during which he said:

Mr. President, you’re now 70-something, I’m 60-something. Very soon you and I will be dancing with the angels. The thing that you and I need to do is figure out what we can do — what present can we bring to generations unborn?

... leaves an irreplaceable void in our hearts, in our Maryland and in our

Cummings is survived by his wife, Maya, and by three children.