Adorable, but I don't see even a passing resemblance. (Image via MrMan)

i-D: Gay TikTok is now gay Tumblr for the young'uns.

HUFF POST: Secretary of State Mike Pompeo has now confirmed he was on the call to Ukrainian leader Zelensky that is about to get Trump impeached. He is, as are way too many Republicans and all of Trump's cronies in office, standing by Trump, saying the call was not inappropriate. It was. Get out of the way. 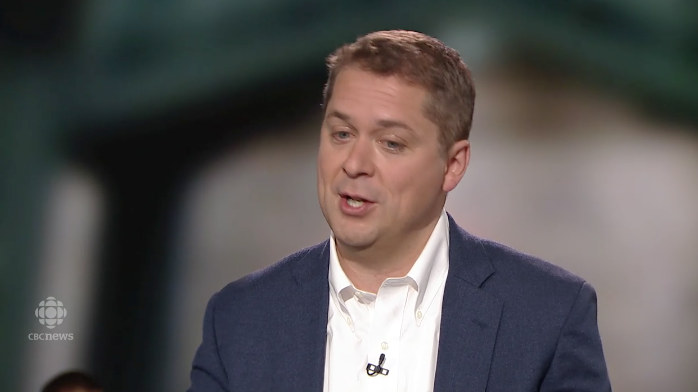 Scheer would not be pinned down on his evolution on LGBTQ rights. (Image via video still)

CBC NEWS: Canadian conservative leader Andrew Scheer will not march in a Pride parade. Here's why.

NYDN: Meet the 17-year-old boy voted Homecoming Royalty by his class after campaigning for years for the title. 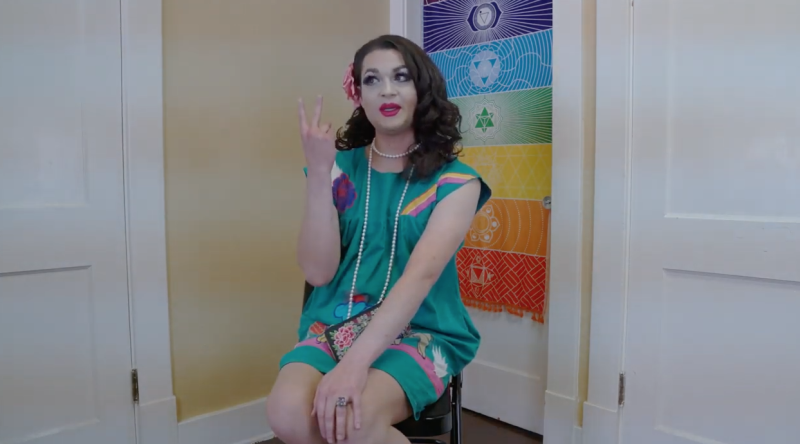 Other voices, other rooms (Image via video still)

VIDEOOUT: Check out this amazing collection of vieos that emphasize the LGBTQ stories out of small towns/rural communities.

TOWLEROAD: Hillary & Chelsea laugh as Stephen Colbert's audience chants lock him up! in reference to Trump. This one feels especally satisfying:

NYP: This is so fucking stupid and pointless — disrupting a fashion show for no purpose other than to be an ass.

POLITICO: Prankster Putin jokes (!) that Russia will meddle in the 2020 election. What a card. I am so looking forward to him being dragged through the streets.

MADONNATRIBE: Yes, I got Madonna's Polaroid selfie at her Madame X show last night. She noted that “men lie” (we're really getting a Body of Evidence shout-out in a show in 2019? Yes!!!) as she counted my cash (I overpaid because I think I've had a lot of Madonna experiences), and joked that I should quit my day job (she winked at me, but this is part of her shtick and was funny), then she shook my hand firmly. Totally a thrill, but am okay no video exists — it was terrifying and I was having a bad body day.