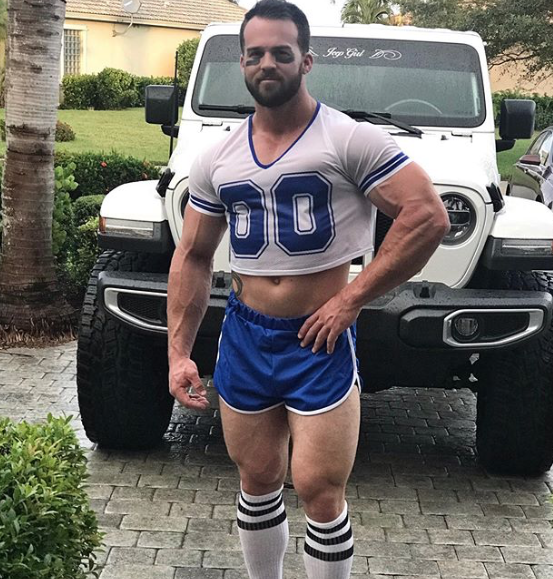 I see a Ryan Murphy starring role in his future. (Image via Instagram)

TRUE CRIME DAILY: Daniel Pantaleo choked Eric Garner TO DEATH, but he feels entitled to sue to get his job back.

YOUTUBE: Alexandria Ocasio-Cortez was SPOT-ON in raking Mark Zuckerberg over the coals about his company's shameless business practices:

I thought what @AOC did to Mark Zuckerberg was bad. But Congresswoman Joyce Beatty showed why black women are undefeated (h/t @JamilahLemieux)

There is one presidential candidate who has proven to have intentional policies designed to make a difference in the Black experience, and that’s Pete Buttigieg. We are over 400 South Carolinians, including business owners, pastors, community leaders, and students. Together, we endorse his Douglass Plan for Black America, the most comprehensive roadmap for tackling systemic racism offered by a 2020 presidential candidate.

Pete recognizes that our challenges are intertwined–that you cannot talk about criminal justice reform without talking about an issue like economic empowerment, and you cannot talk about economic empowerment without talking about things like how our neighborhoods were segregated. His plan–as ambitious as the Marshall Plan that rebuilt Europe after World War II–addresses all of these aspects of our lives, including laying a strong foundation for racial justice, spurring Black entrepreneurship, and reforming our broken health care system. Pete believes that, with the right kind of policies and a national movement that holds our whole government accountable, we can finally achieve equality in his  lifetime.

AOL: Why, exactly, is Trump building a wall in Colorado? To keep the greasy Utahns out?

LAW & CRIME: Barr urged to recuse or resign over Ukraine conflict of interest; if not, NYC  Bar Association threatens to disbar the mofo.

PHILADELPHIA INQUIRER: A Comcast exect and LGBTQ liaison claims his own company discriminated against him for being gay.

CNN: Biden is still the Dems' top choice, in a new poll. 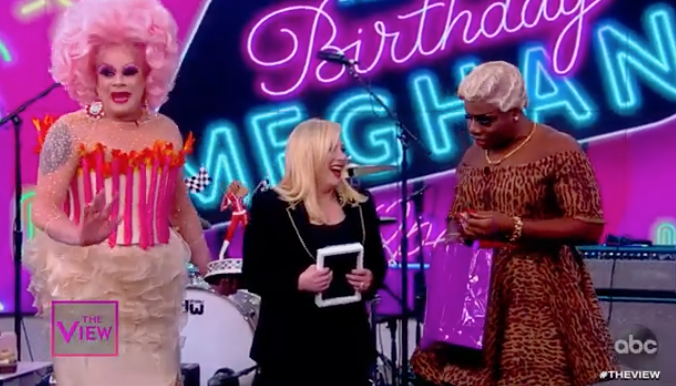 Ellen with W, Nina & Monét with Meghan — our side is ALWAYS the side that impotently reaches out. (Image via video still)

NEWNOWNEXT: For once, I agree with Meghan McCain, who exclaimed, "I'm not worthy!" as she was made an "Official Ru Girl" by Nina West and Monét X Change on her 35th birthday.

THE ATLANTIC: Yes, there is a British hotline for gay farmers.