BELOW: Tom of Finland's lair, Giuliani's doing away with the truth, that icky hug and more ... 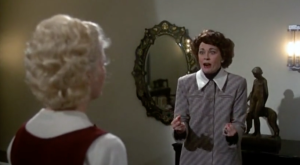 always loved Tom's work and proudly own a great '60s handwritten letter from Tom aka Touko Laaksonen; I'd give anything to be allowed to leaf through the stuff in that place!

TPM: If Kamala is a funt, then Rudy is a druncle: He's considering helping Trump file suit against Rep. Adam Schiff (D-California) for deliberately embarrassing Trump in front of a reporter!

HUFF POST: Giuliani contacted Manafort — in prison — in his efforts to pin down totally baseless claim that Hillary Clinton colluded with Ukraine to undermine Trump's run for the presidency. I have said forever Trump would never leave without calling for a civil war, and he's done that; things are just going to get worse, and yet, they will be better if the U.S. survives this vile man and his vile followers. You're going to have to view any of his supporters you know as trash. They're not disenfranchised good folk, they're not just misdirected losers — they're trash, and they are ready to turn on you if need be.

NYDN: The infamous hug between 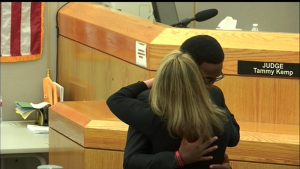 Botham Jean's brother and Amber Guyger, who was convicted of Jean's murder and sentenced to (just) 10 years, makes for a moving moment and indelible image. I am not a forgiving sort, and while I understand there are times when being vindictive can be detrimental, I also know I'd never be hugged-up with my sister's killer. I also think it should have been obvious to the young man that hugging Guyger would send a conflicting message to POC in the U.S., many of whom are rightly outraged to see all these black people turning the other cheek while a white woman (and cop) is yet again getting off pretty easy for killing a black man. All that said, I think this case is pretty unique; Guyger was 100% wrong and 100% took an innocent life, but it's not, IMO, comparable to cops overreacting on the job and killing black men at a higher clip. Her overreaction may or may not have been racially charged, even unconsciously, but I am convinced that while she was wrong to shoot, she is genuinely remorseful at least, and I have not seen that in most male or female white cops accused of killing black people on the job; they have all seemed like they felt justified. So — it's a lot to unpack, but it's a momentous image, and I don't think it's jumping the gun to call it iconic. 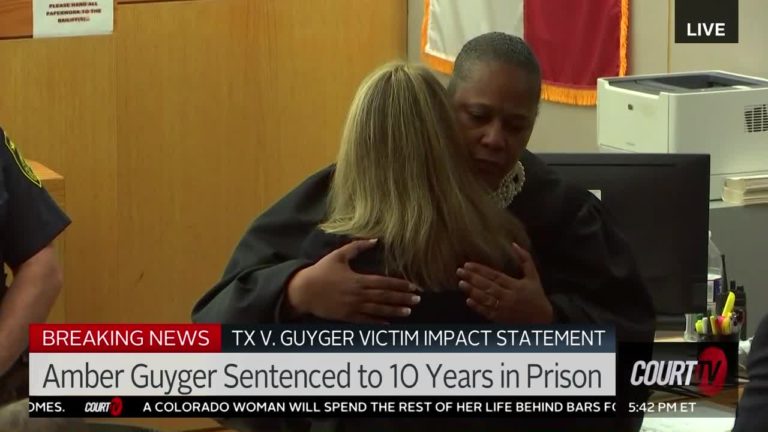 This image is charged in allll the wrong ways. (Image via video still)

P.S. The judge hugging Guyger was absolutely disgusting and unprofessional and she should be censured in some way for that. Shame on that judge.

KENNETH IN THE (212): Do NOT click if you are allergic to musclestuds.

NEWSWEEK: Russian A-hole sues Apple, whose iPhone he claims made him gay.

USA TODAY: Marie Osmond says on The Talk that her son, who took his own life, was heavily bullied (for his sobriety, which is a new one to me), and she never took any legal action because she felt the kids who did it have to live with their actions. In light of the suicide of the boy in Tennessee — who took his life when a vindictive classmate, a girl, made public texts he had previously exchanged with another boy — Osmond is reconsidering the idea of legal action. In the same segment, Rumer Willis argues that the girl and her accomplice in the Tennessee case should not have their lives taken away over this, but I think being punished for pushing someone to suicide isn't having your life taken away, it's facing the consequences of your actions. To do nothing is to condone what they caused.

TOWLEROAD: Corey Lewandowski is called out for being drunk in a slurry interview on Fox Business by ex-MTV VJ Kennedy ... who still managed to slam Biden while doing it.

@Zedd this happened last night at your show in Houston! Thank you for the beautiful back drop for this special night! #loveislove pic.twitter.com/mJR9XznbTD

YOUR EDM: Zedd's Houston show featured a gay wedding proposal, and he clapped back when a homophobe online belittled the magic moment.

SOUNDCLOUD: This track is dreamy and calming in an era of vitriol: