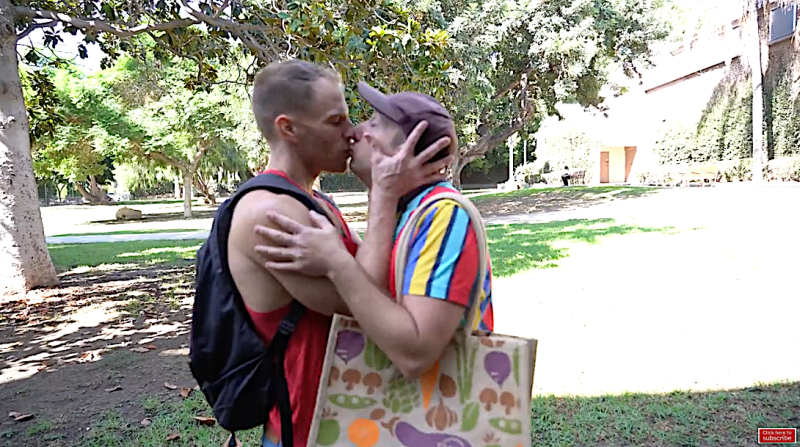 We were just kissing hello! (Image via video still)

YOUTUBE: Michael Henry is a smart motherfucker — he wrote a sketch mocking overfriendly gay greetings as an excuse to get frenched and manhandled by Matt Wilkas:

new book Catch and Kill, Matt Lauer is accused of rape by a former employee of Meredith Vieira's. He denies it was rape, and points out the incident referred to as rape led to a long affair that he wound up breaking off over his accuser's objections.

Remember Lauer browbeating Hillary in that interview? I'm sure it was fully consensual.

DAILY BEAST: Trump is facing 43 (!) new (!) allegations of sexual assault in the new book All the President's Women: Donald Trump and the Making of a Sexual Predator. Chilling sample:

Karen Johnson, who spoke publicly about her allegations for the first time in the book, said she was at Trump’s Palm Beach estate in the early 2000s, when Trump grabbed her and pulled her behind a tapestry. “I’m a tall girl and I had six-inch heels on, and I still remember looking up at him. And he’s strong, and he just kissed me,” Johnson said. “When he says that thing, ‘Grab them in the pussy,’ that hits me hard because when he grabbed me and pulled me into the tapestry, that’s where he grabbed me.”

MSNBC: Wasting no time, and hot on the heels of Trump rolling over like the Putin tool he is, Turkey is already launching airstrikes into Syria. Bye-bye, Kurds.

Here's video of Trump attending the grand opening of Trump Tower in Turkey. Ivanka even thanked Erdogan on Twitter for this deal.

Gonna say it loud and clear:

TRUMP IS SELLING OUT KURDISH LIVES FOR A FUCKING HOTEL! pic.twitter.com/bHuCaq2Mo9

movie studio will have a place for displaced LGBTQ people — like himself, since he had to flee Hollywood to get noticed. He's complained about being ignored by Hollywood (um, Oprah? Halle Berry? zillions of movies?), but in all seriousness, he says:

You know, the studio’s gonna be what it is. I’ll tell you what I’m most excited about next is pulling this next phase off, is building a compound for trafficked women, girls, homeless women, LGBTQ youth who are put out and displaced… somewhere on these 330 acres, where they’re trained in the business and they become self-sufficient.

BOY CULTURE: As many of you know, I've been involved in Boy Culture: The Series, a digital series that serves as a 10-years-later sequel to the movie Boy Culture, based on my novel. The episodes are now in rough form ... and we're all thrilled with how they came out. Next, they'll be polished and music will be added — we have some great material, but if you or anyone you know has music you'd like to be considered for inclusion, email: boycultureseries@gmail.com with samples and to receive details. 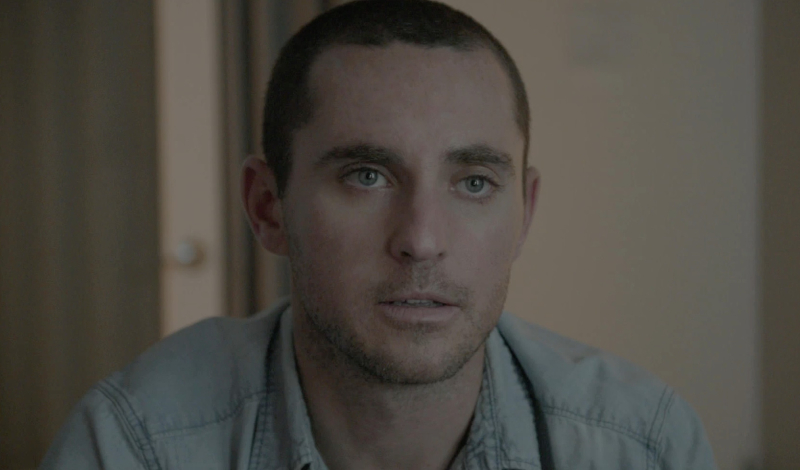 Actual still of Derek Magyar, the original X, from the new series! (Image via Boy Culture: The Series)