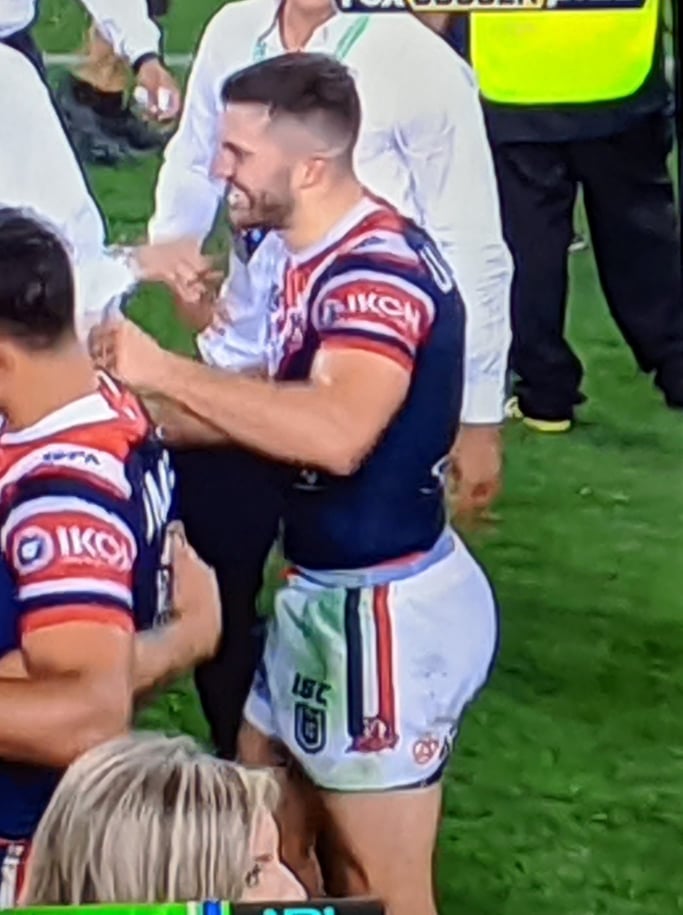 His last name sounds suspiciously like "that ass, tho." (Image via video still)

KENNETH IN THE (212): James Tedesco's rugby ass is assessed. (More pics at the jump.)

GR8ERDAYS: I missed the news that Jami Gertz is a billionaire.

You like real guys? Here are two, real naked. (Image via video still)

HUFF POST: A snap election is coming for the U.K. in December, with Boris Johnson looking to shore up support and Jeremy Corbyn promising another vote on Brexit.

BOY CULTURE: P!nk will receive the People's Champion Award at the E! People's Choice Awards on November 10 in Santa Monica. Of the award, the singer and activist said:

There are so many wonderful organizations and individuals doing extraordinary things in our communities every single day. These are our everyday warriors and champions. They teach us and our children that it’s cool to be kind and that change is possible. I feel honored to be a small part of that change and will continue to be a champion for the truth and for open minds and open hearts.

The E! People's Choice Awards will be broadcast live from Barker Hangar in Santa Monica on Sunday, November 10, starting at 9 p.m. ET/PT, with E! Live From The Red Carpet: The E! People’s Choice Awards 2019 kicking off at 7 p.m. ET/PT. (Supplied image of P!nk by Andrew MacPherson)

BBC: Gay apps are SWIMMING with fake profiles, pic collectors and other scammers. Now, Hornet will be the first to offer users a way to earn an "authenticity" badge. It's like being TSA-approved. Maybe M4M-approved.

Introducing a first-of-its-kind, machine learning-based verification system, Hornet is expanding on its mission to be the authentic digital home for the gay community, fostering a safe and affirming environment where people can express all the different and wonderful parts of themselves. The new verification system is based on an elaborate and dynamic machine algorithm that takes into account a user’s online activity and community-based interactions. Users can now earn the new Hornet Badge, prominently displayed throughout the app, allowing others to easily identify the most genuine profiles.

The new Hornet Badge is also a key element of the 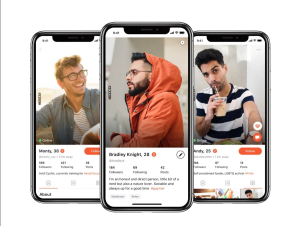 very first bifurcated chat inbox on a gay app. The inbox design makes it easy for users to focus on those messages that speak to them, such as those from existing connections, people they follow, and other users who have earned the Hornet Badge. All other messages will remain in a secondary inbox out of sight, unless the user chooses to respond to them.

“Hornet’s verification system is community-based and encourages users to open up about themselves as authentically as possible, while being kept safe within the confines of a gay app, constantly monitored by over 10,000 moderators and Hornet staff,” says Matt Norris, VP of Product at Hornet. “As a result, queer men learn about the benefits of embracing their true self, feeling more understood and less lonely with the support of the 400 million-strong LGBTQ+ community. Unlike offline resources, which are confined to relatively few cities, Hornet is available online, anywhere around the world, 24 hours a day, 7 days a week.”

“As a gay guy, I experienced how rewarding it was to become comfortable with my sexual identity, thanks to the help and visibility of role models, whom I met in cities like San Francisco. I suddenly belonged to this group of diverse people, bonded together by working to overcome discrimination and prejudice, and the shared experience of coming out in a heteronormative world,” says Christof Wittig, founder and CEO of Hornet. “Today, social networks need to give new answers to growing privacy concerns and increasing levels of abuse through catfish, imposters and manipulators. We feel that a community-based verification system, powered by cutting-edge technology, works best for the gay community. I am proud that Hornet continues to be at the forefront of defining what a gay app is, and how Hornet helps gay men everywhere connect to their community.”

PEOPLE: As if you didn't despise Kim Kardashian and everything in her orbit enough, her bestie Jonathan Cheban has had his name legally changed to Foodgod. In 2016, Cheban said to People:

I definitely want to be like a Guy Fieri or Anthony Bourdain for the young and hot. That would be amaaazing.

It bears mentioning that Cheban is neither young ... nor hot. 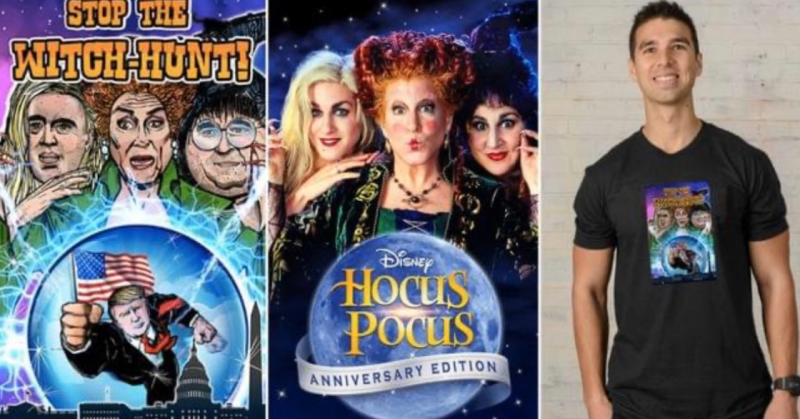 Even the model's expression says, "Really?" (Image via Twitter)

EW: Why are conservatives incapable of using conservative art and conservative pop cultural icons in their humor, their parodies, their memes? I always find it so ironic and jarring when someone uses a mocking meme of a well-known liberal when trying to express support for right-wing comments, etc. Now, there is a pro-Trump cartoon that uses, of all things, Hocus Pocus to make its point — that impeachment is a witch hunt.

ANOTHERMAN: Check out this absorbing 2017 piece on the mythology of masculinity as pushed, passionately, by beefcake photographers and illustrators of yore. 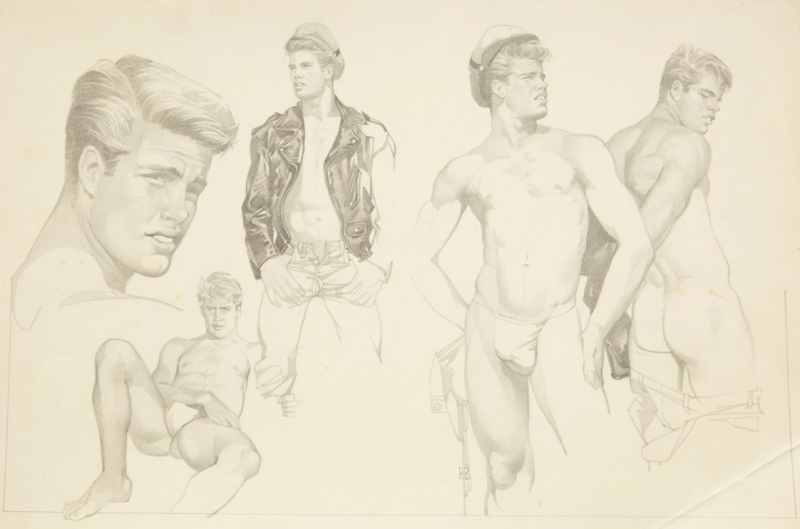