Trump's Letter To Erdogan Is Another Alarming Embarrassment Comments (0) 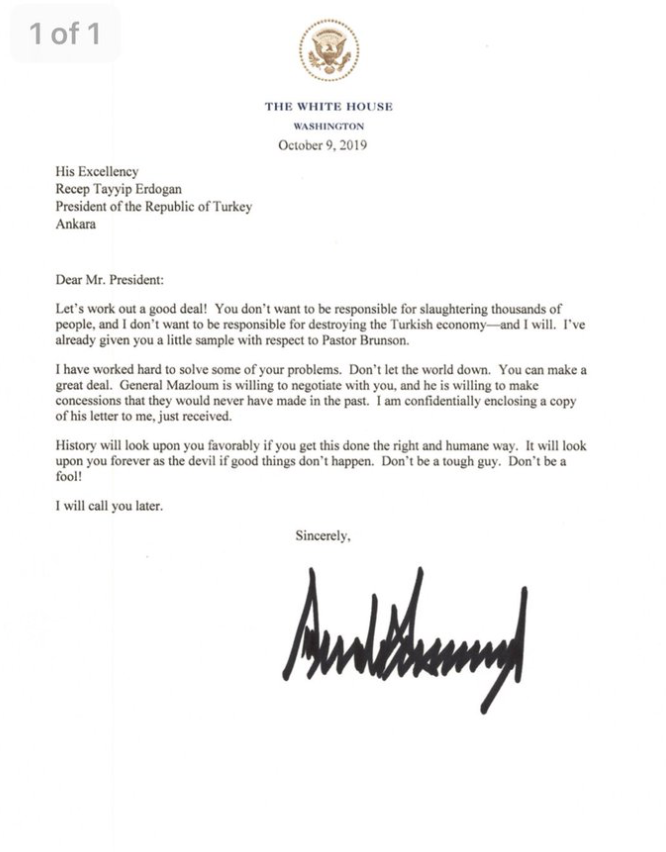 This is an actual letter on White House stationery from Trump to Erdogan — it's gangsterspeak, at best.

Once he is deposed or voted out or quits or strokes out, Trump's many misdeeds will be undone ... but not his Russian-approved sign-off of the slaughter of the Kurds. That's irreversible.

Again, fuck you if you didn't vote for Hillary.

EXCLUSIVE: I have obtained a copy of ⁦@realDonaldTrump⁩’s letter to #Erdogan. ⁦@POTUS⁩ warns him to not “be a tough guy! Don’t be a fool!” Says he could destroy Turkey’s economy if #Syria is not resolved in a humane way. Details tonight at 8pm #TrishRegan #FoxBusiness pic.twitter.com/9BoSGlbRyt