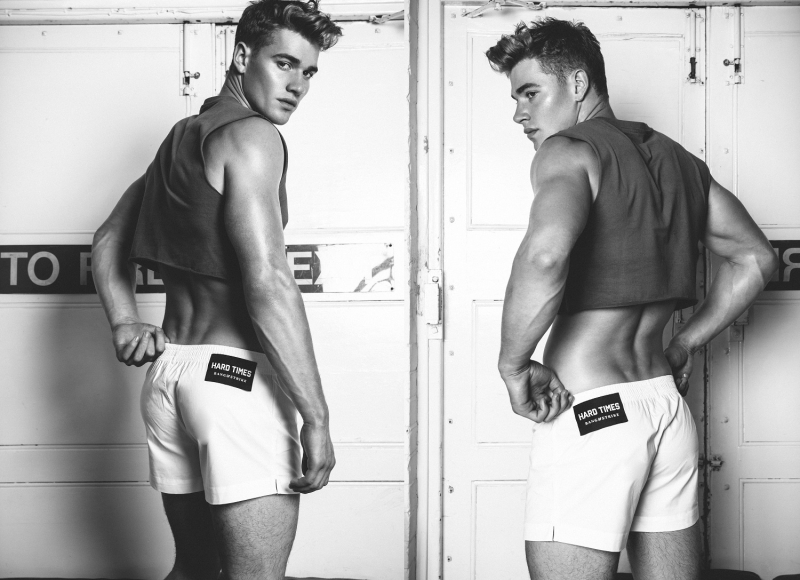 ATTITUDE: There's a new BANG&STRIKE ad campaign that will tempt your tummy.

HUFF POST: The DOJ has opened a criminal probe regarding its own probe of the 2016 election, raising the spectre that Trump is using government forces to root out all of his critics — and jail them.

POLITICO: However, Giuliani looks likely to beat them all to prison.

I'm so grateful to the people of Hawaiʻi for allowing me to serve you in Congress for the last 7 years. Throughout my life, I’ve always made my decisions based on where I felt I could do the most good. In light of the challenges we face, I believe I can... https://t.co/cNcjSNSoZl pic.twitter.com/h3wM6AZLMs

TWITTER: Rep. Tulsi Gabbard (D?-Hawaii) has announced she isn't running for re-election, but is instead focusing on her quixotic run for the presidency. She's also focusing on running to Fox News to whine about how the impeachment of Donald Trump is no fair. But TOTES not a Russian asset.

BUZZFEED NEWS: The culture talks a lot about cancellation, but Harvey Weinstein should be an easy one to agree should have been canceled long ago. Instead, this ogre was allowed to show up to Actor's Hour aka Actors Hour (organizer can't decide) a special club night organized by Alexandra Laliberte on the Lower East Side of

NYC, where he held court at a table with younger women and men in suits. This proved untenable for a female stand-up comic, Kelly Bachman, who called him out from the stage as "Freddy Krueger," and for patron Zoe Stuckless, who yelled to the room, Nobody is going to say anything? For that, she was escorted out of the venue, but not before a male comic — Andrew B. Silas — cracked what sounds an awful lot like a joke supportive of Weinstein and dismissive of Bachman (he denies that was his intent). Yet another patron, Amber Rollo, also confronted Weinstein.

Then, later, Laliberte defended how things were handled, saying everyone was welcome in her space and claiming that the "free speech" the performer and the patrons had exercised absolved her of any wrongdoing. Apparently, it didn't bother her that a guy with Weinstein called Rollo a "cunt," or that numerous patrons booed and insulted Bachman — not the notorious serial sex abuser in their midst — for creating a disturbance.

Of course, Weinstein sees himself as the victim here.

WAPO: "Powerful woman" Kellyanne Conway mocked a reporter for daring to write about her anti-Trump husband, George Conway, arguing that his opinions were not relevant and including them was poor journalism. Really? You're a senior advisor to Trump, your husband publicly mocks him and Trump bites back, and that's irrelevant?!

Luckily, the harpy was being recorded, and the reporter released the audio. This woman is vile. Lovely that she snaps of her husband that "he gets his power from me, not the other way around."

P.S. This writer was from the ridiculously conservative Washington Examiner!

THE HILL: Powerful woman Betsy DeVos is held in contempt!

NEWSWEEK: The late Rep. Elijah Cummings (D-Maryland) was remembered in a packed service Thursday, which included a memorable, gone-viral video of a pallbearer refusing to shake dreadful Mitch McConnell's hand:

EM INSTAGRAM (PLEASE FOLLOW): Flashback to an idious exchange on a '90s ep of Geraldo that was supposed to be about Madonna's fame and that degenerated into old white A-holes freaking out about gay people and sexuality:

THE STRANGER: Sandra Bernhard talks about, well, everything, including:

I think Nancy Pelosi has done just a masterful job in how she’s held off until the right moment to make this impeachment a reality, instead of just—while everybody was poking at her over the Mueller Report, she knew that wasn’t going to work, it wasn’t going to move the needle. And then of course he just keeps giving us the gifts, anything he does we can use in our favor. And with the Ukraine thing, people finally figured it out. Between that and Syria, it seems like people are finally waking up. I don’t know how much more it could possibly take. But it seems to be tipping the scales.

Sadly, she also thinks we won't have a woman president "anytime soon." 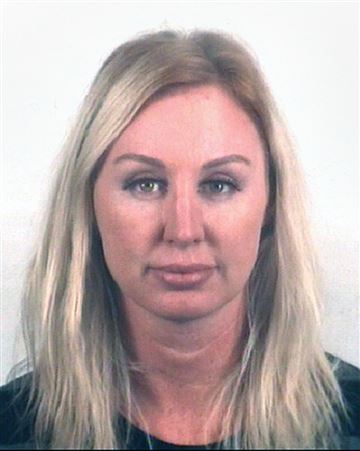 NBC NEWS: "Swing Set Susan," a white lady who pretended to be a cop while cursing out Hispanic teens on a playground, has been arrested for impersonating an officer.

KENNETH IN THE (212): This week's gay rags are tilting Hallo-weenie: 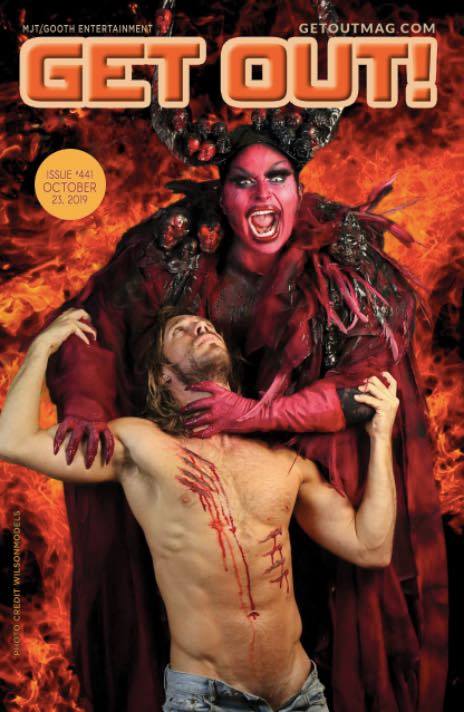