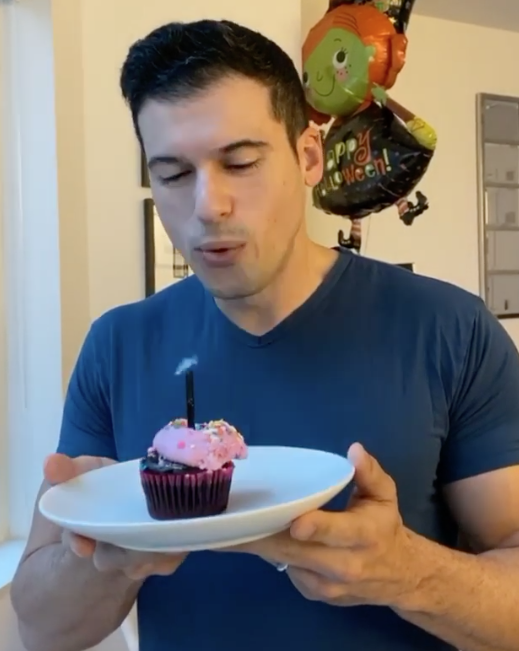 GREG IN HOLLYWOOD: Newsman Gio Benitez puts his lips together and blows for his b'day.

KENNETH IN THE (212): More of Stephen Strasburg's butt at the link.

I stand firmly behind our determination of the cause and manner of death in this case. In general, fractures of the hyoid bone and the cartilage can be seen in suicides and homicides.

NATURE: Gee, thanks, Joel Bellenson. Bellenson is a U.S. entrepreneur living in Uganda (red flag) who has created an app that purports to tell people how gay they are, measuring their level of same-sex attraction. Bellenson thinks it's absurd to suggest that his app could endanger queer people. He thinks this from a country that keeps flirting with a "kill the gays" law. 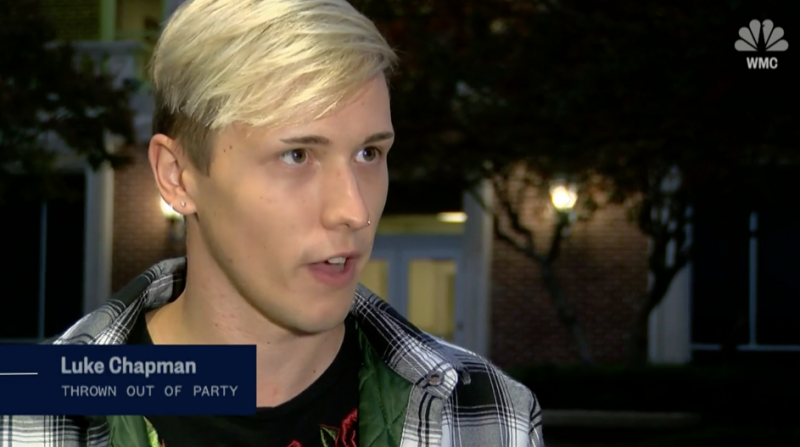 NBC NEWS: Two gay students at the University of Memphis were physically kicked out of an off-campus party for being gay, all the while being hit with homophobic slurs and threats.

Dave Rubin is on Tucker arguing that California can't control wildfires because the "woke" are too worried about having "enough black firemen" and "what contractor [is] brought in, what gender or sexuality or any of those things he or she was?" pic.twitter.com/hi5kcmHDDS

TWITTER: Above — Dave Rubin, once a well-liked gay podcaster, is now a completely unhinged right-winger (I believe he sees himself as Libertarian) who argues that the California wildfires are made worse by "woke" culture. Howzat? Well, in his mind — and this is implicit in his argument — the concept of trying to make sure that people are not discriminated against in fire departments (or other fields) means letting in people who are less capable in order to meet quotas. That is at the heart of every white dick's hatred of diversity and inclusion — the gut belief that better white (and/or non-LGBTQ, and/or male) people are being denied something in order to appease lesser non-white (and/or LGBTQ, and/or female) people. In reality, diversity is not about settling for second-best in order to create a rainbow, it's about stopping the practice of settling for second-best in order to deny the rainbow that this country already is. Not seeking diversity is what results in weaker fire departments and police departments and what have you. Monolithic white institutions are not that way because it just so happened all the whites were better; they're that way because non-white people have been aggressively kept out. That attention-whore Rubin does not see that is highly disappointing to me — I used to know him, speak with him and even 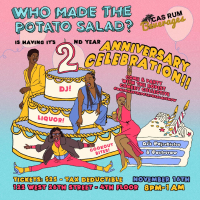 interviewed him when he was a struggling host. Now, he thinks he's the most reasonable guy in the room, but is just a garden-variety crackpot cuddling with white supremacists.

EVENT BRITE: Who Made the Potato Salad? is having its 2nd-year anniversary celebration — and you're invited. To buy a ticket!

JOE.MY.GOD.: In a new poll, 50% say they're ready for a gay president. I love those odds for overall tolerance of LGBTQ people, but I don't love those odds for Mayor Pete, who I think is brilliant, talented, a good person and probably not there yet when it comes to being POTUS. I would sleep soundly with him in charge, but I think several other of this year's Dems are more ready.

NYT: According to Lt. Col. Alexander S. Vindman, who directly heard Trump's Ukraine call, the White House deliberately left out key details from the rough transcript released to the press. Vindman, who has been savaged by the right wing (you know, the ones who pretend to be pro-military), said he was testifying out of a sense of duty:

Colonel Vindman told House investigators Tuesday that he twice registered internal objections about how Mr. Trump and his inner circle were pressuring Ukraine to undertake inquiries beneficial to the president, including of Mr. Biden. After the July 25 call, the colonel reported what happened to a superior, explaining that “I did not think it was proper to demand that a foreign government investigate a U.S. citizen, and I was worried about the implications for the U.S. government’s support of Ukraine,” according to his opening remarks. He added, “This would all undermine U.S. national security.”

He also described confronting Gordon D. Sondland, the United States ambassador to the European Union, after the envoy pressed Ukrainian officials to help the Trump administration by investigating the Biden family. 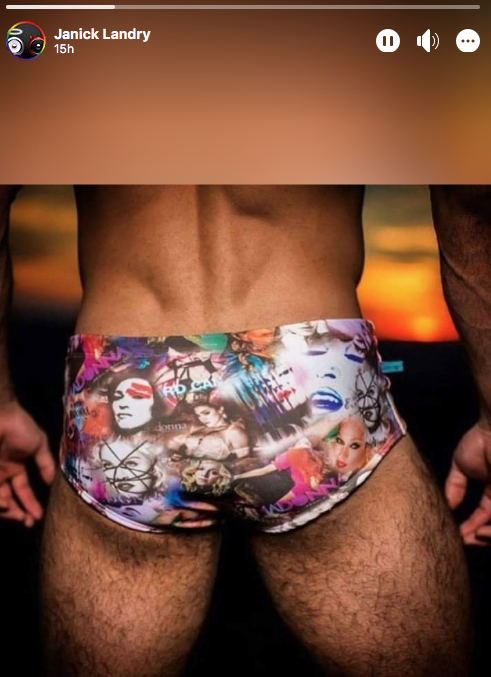 FACEBOOK: Saw these Madonna-themed briefs on FB and for once was even more interested in the fashion than the eye candy. But barely.

YOUTUBE: Alex Trebek, 79, is facing an increasingly tough battle with pancreatic cancer. Now, he's helping to raise awareness of the disease with a new video, in which he says, I wish I had known sooner: