You Can't Fake This News Up: Giuliani Associates Charged Comments (0) 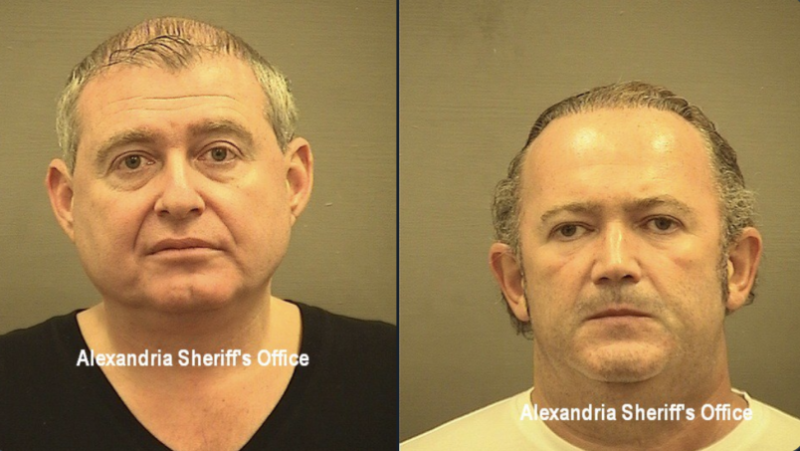 Two men who are business associates of the increasingly erratic Rudy Giuliani — men who he enlisted to try to prove Joe Biden is corrupt — have been arrested.

The men, Lev Parnas and Igor Fruman, were picked up:

... on charges that they schemed to funnel foreign money to U.S. politicians in a bid to affect U.S.-Ukraine relations and launch a marijuana business, according to a newly unsealed indictment.

It should also be noted that Parnas and Fruman are part of Trump's legal representation!

If this all ends with that punk-ass Junior getting frogmarched? I will love the world for the rest of my days on the planet. https://t.co/fJsyhVJ4Ca

Trump's entire operation is lousy with lousy people. From TPM:

The pair — Lev Parnas and Igor Fruman — traveled to Kyiv in 2019 as Giuliani and Trump pressed the Ukrainian government to fabricate dirt on Joe Biden and the origins of the Trump-Russia investigation. The duo have run the gamut in their work with Giuliani, most recently teaming up with the former NYC mayor to probe opportunities in Ukraine’s gas business but also reportedly aiding the Trump attorney in his pressure campaign on Kyiv — for which the President now faces impeachment.

The duo were arrested Wednesday night at Washington-Dulles International airport, while reportedly trying to flee the country. They had depositions before Congress scheduled for today and tomorrow.

Prosecutors from the Southern District of New York charged the pair – as well as David Correia and Andrey Kukushkin — on two counts of conspiracy, false statements to the FEC, and falsifying records.

Prosecutors accuse the four of conspiring “to circumvent the federal laws against foreign influence by engaging in a scheme to funnel foreign money to candidates for federal and State office so that the defendants could buy potential influence” with politicians and government.

The indictment accuses Parnas and Fruman of funneling $325,000 in foreign cash to pro-Trump Super PAC America First Action in a mysterious transaction that TPM wrote about last month.

The pair founded a company called Global Energy Partners, and marked it down as having made the contribution. But as TPM reported, and the indictment alleges, GEP did not make the contribution — rather, the money came from another firm.

Prosecutors allege that the money in fact came from a “private lending transaction” with unnamed third parties, and that the pair intentionally concealed the origin of the funds from the FEC. America First Action also recorded the $325,000 as having come from GEP, and told TPM at the time that it complied with all applicable laws and regulations. AFA did not immediately reply to a request for comment.

That PAC also benefitted an unnamed “then-sitting U.S. Congressman” who received a commitment from Parnas and Fruman for $20,000.

At around that time, the indictment reads, “Parnas met with Congressman-1 and sought Congressman-1’s assistance in causing the U.S. Government to remove or recall the then-U.S. Ambassador to Ukraine.”

Wonder who Congressman-1 is, Rep. Nunes?