Ben Kline Was A Nude Poet, His Publisher Didn't Know It — But Why Did It Matter? Comments (0) 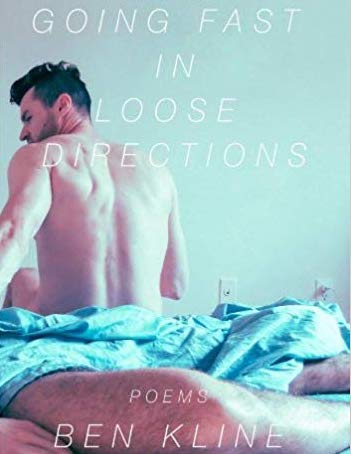 A friend of mine, Ben Kline, who I have known via our mutual, er, passing interest in Madonna for years, was recently thrilled to have a chapbook, Sagittarius A*, accepted for publication.

His excitement turned to dismay when — via a middle-of-the-night, jumbled, poorly conceived rejection letter — he was informed that his online presence, specifically his propensity to post nudes, had caused the offer to be rescinded.

Certainly, we've all heard of people going into teaching and conservative lines of work like hedge funds and the law panicking about old nudes, but ... poetry? How could Ben's nudes, which are actually far more artistically slanted than the average Instagram thirst trap's (not that that should be the lynchpin), possibly interfere with a poetry-book deal?

Yesterday, a woman at our office did a Google search of your Twitter handle, pinecreekpoet, which led to your Instagram account, which we all saw at the office and mostly didn't think twice about at first—however, a couple hours later, we found her seven year old daughter crying with her mom's phone, having seen your entire account. She was very, very upset and confused and upset about all the nudity, and this led to a long talk about what is and isn't appropriate for an adult to post on a public, family friendly website and what does and doesn't fit [our publisher's] image, especially because we have our first children's books in the works right now.

Just in that part of the letter alone, there are so many things wrong.

First of all, Ben is an adult. His work is for adults. His artistic expression is for adults. Why should he be blamed that some woman at a publishing company left her phone (seriously? it doesn't lock?) with an unsupervised 7-year-old?

What 7-year-old is very, very upset and cries (!) at seeing the kind of nudity that exists on Instagram — which does not even allow full-frontal? Your daughter cried over butts? Keep her ass out of museums.

How homophobic and sexphobic, in that order, is it that the publisher thinks it is a conflict for them to publish children's books at the same time they're publishing inoffensive work by an adult who, in a development totally unrelated to the chapbook, posts chaste nudes on Instagram? How do they not see that this is no different than flipping out about an elementary school teacher being, gasp, gay?

The misguided missive goes on to say that the editor asked other authors if they would be uncomfortable with Ben being published by the same press as them:

... and it made some of them, especially the women, feel a bit creeped out.

Why would the publisher ask this question of other authors? Do you think my old publisher St. Martin's Press asked me before they published works by conservative, anti-gay authors? No. I've never heard of anything like this in my 30+ years in book publishing. That they stress the other authors' gender, women!, is as creepy as stressing children! — why are these women to be sheltered from being in the literary company of a guy who has shown his butt on Instagram? (And moreover, why do they agree, and are creeped out by his nudity? Would be interesting to find out if they really asked other authors, how many, and what those authors actually said.)

More from Ben here. Please share this post. His story is infuriating, and I hope Ben will reveal the publisher that is being so ridiculously judgmental.