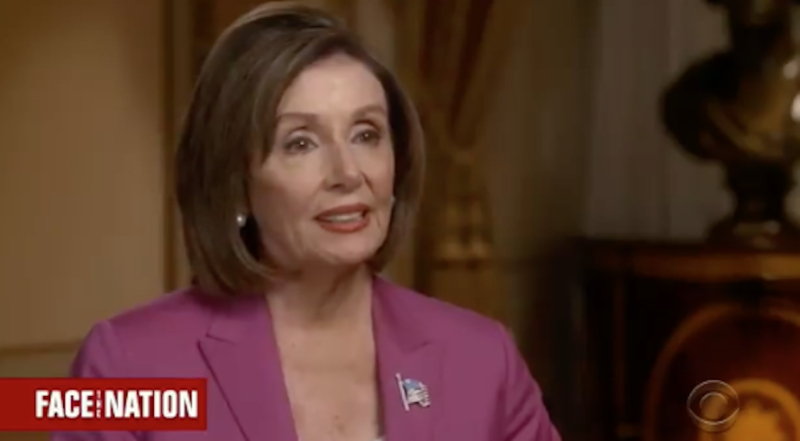 I wish she were POTUS. (Image via video still)

Trump, who had stumped furiously for the Republican, whose name is already confined to the dustbin of history, also slid into Walter Reed months early for a surprise physical examination. The White House lied, saying all was normal — it's not normal for someone to randomly go to the doctor, let alone Trump, who is obsessed with projecting hale and hearty good health. Fox News and others broke ranks and reported chest pains were the culprit.

Meanwhile, these clips of Speaker Pelosi on Face the Nation are gold. The woman is an incredible politician who knows what she is doing, and certainly has Trump's number ...

NANCY PELOSI to Face the Nation on Trump's insulting tweets: "Part of it is his own insecurity as an imposter. I think he knows full well that he's in that office way over his head, and so he has to diminish everyone else." pic.twitter.com/SQwUhd5sAu

PELOSI: "I have a real discomfort level of responding to what Republicans say, b/c they're in denial about what's happened in the country... I find it a waste of my time & yours to just be talking about what Republicans say... let their arguments stand b/c it's on such quicksand" pic.twitter.com/juCF8uTQnD